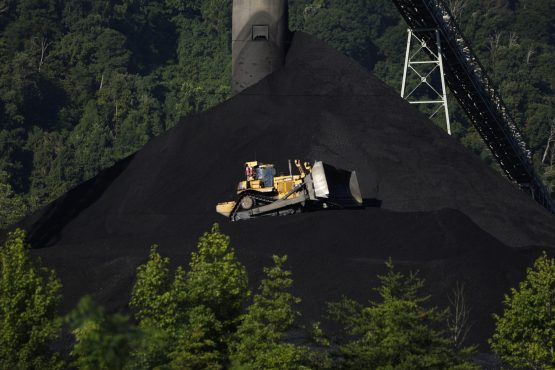 Coal prices soared to their highest on record as China accelerated a global struggle for resources that’s brought the dirtiest fossil fuel roaring back.

High-quality thermal coal loaded on ships at Newcastle port in Australia surged to $203.20 a ton, breaking the previous record set in July 2008. That’s the benchmark price for Asia, the world’s largest market for the fuel by far.

The rally comes during a global energy crunch that’s hitting China, the world’s biggest coal producer and consumer, especially hard. And as gas prices spike higher in Europe, there’s been a resurgence in demand for the fossil fuel that the continent’s policy makers have long been trying to phase out.

Still, there isn’t enough coal to go around. A German electricity producer closed one of its plants recently after it ran out of the fuel.

Earlier this week, Chinese Vice Premier Han Zheng ordered state-owned energy giants to secure fuel supplies for winter at any cost. China consumes and mines half the world’s coal, and it’s also the largest importer. The government told miners to keep digging even if they’ve exceeded their annual quota.

Prices for thermal coal tracked by IHS Markit and Argus have surged since late 2020 as demand rebounded from the depths of the pandemic and with substitute fuels like natural gas becoming more expensive. The emissions-heavy fuel is back in vogue just weeks before nations gather in Scotland for the COP26 summit on climate change. The Newcastle coal benchmark could average $190 a ton from October to December, Goldman Sachs Group said in a note in September.

The gains come as the world plans to shift away from the emissions-intensive fuel in favor of renewable sources that will help reach net-zero targets. Even China aims to start reducing domestic consumption by 2026, and President Xi Jinping pledged to stop building new coal-fired power plants abroad.

In the short term, demand in key nations is proving resilient. Thermal power generation in China was 14% higher in the year through August than in the previous two years. Demand in 2022 could be marginally higher than this year, potentially rising 1%, said Shirley Zhang, a coal analyst with Wood Mackenzie.

Ooops,
so the relentless coal bashed by MSM, to dead…

could never for-see it resulting in coal’s value appreciating so much no?

Another bad result from failed socio-economic experiment by IYI’s

Some contradictions, no? So there goes the planet, again … and meanwhile here in SA, one of the world’s largest source of coal, we head towards a failed state.