While South Africa’s lockdown is benefiting ports like Dar, Beira and Walvis Bay, it is hurting Mozambique’s Maputo port, which depends on South African mine production.
By Helen Reid, Reuters 7 Apr 2020  15:58 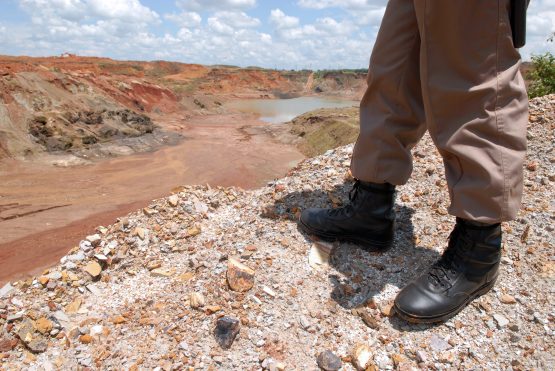 South Africa‘s strict coronavirus lockdown has caused miners to divert copper from the country’s ports to others in Africa, with Dar es Salaam the clear winner, sources told Reuters.

Authorities in South Africa initially said ports would only process essential goods during a three-week nationwide lockdown that began on March 27. On Friday, the Department of Transport said ports remain open to all types of cargo.

But miners in the copper belt – an area spanning northern Zambia and southern Democratic Republic of Congo – did not wait for that clarification before acting.

Trucks from the copper belt were turned round midway through journeys to Durban and redirected to Tanzania’s Dar es Salaam port, officials at two regional logistics companies said.

“The moment the lockdown happened, all the trucks on their way to South Africa were basically stopped and offloaded at a warehouse in Zambia,” said an official in Tanzania’s capital, speaking on condition of anonymity.

“Then all the documentation was changed and they started the journey to Dar,” the official added. “Everybody is now looking at Dar as the reliable solution, because in South Africa it’s not clear.”

Exports of copper cathodes and copper concentrate through Dar have increased by between 20% and 25%, he estimated.

Mozambique’s Beira port, 1 200 km (746 miles) north of the capital, Maputo, and Namibia’s Walvis Bay are also seeing more copper and cobalt export volumes than average, said a logistics company official in Zambia, who also asked not to be identified.

Transnet, which manages South Africa‘s railways and ports, did not respond to questions about the hit to its revenue from the lockdown. Transnet Port Terminals made R3.7 billion ($200 million) in revenue in 2019 from dry bulk, which includes copper, coal and grains.

Although South Africa‘s ports are open again to non-essential cargo, capacity has been hurt by the lockdown, logistics firm Grindrod said, predicting revenue at the company’s port and terminals businesses would fall in April. Some port personnel who were initially sent home have not yet returned to work.

First Quantum is now exporting all the copper from its two mines in Zambia through Dar es Salaam and Walvis Bay, whereas the majority previously went via Durban, a source close to the miner said in London.

It is sending around 12 000 tonnes of copper through Dar this month – more than twice the usual average of 5 000 tonnes, according to the Zambia logistics source. The amount exported through Walvis Bay has increased by a third.

A First Quantum spokesman did not respond to a request for comment on Monday.

Barrick is exporting copper concentrate from its Lumwana mine in Zambia through Dar es Salaam and Walvis Bay, as local refineries where it would usually send concentrate are shut, Chief Executive Mark Bristow told Reuters.

China Nonferrous Metal Mining Group Co (CNMC), which runs the Deziwa mine in Congo and Chambishi in Zambia, is also exporting copper through Walvis Bay, the Zambia logistics source said.

A CNMC manager familiar with the company’s African operations said it might look for a port in Namibia if logistics issues continue at South African ports.

Increased checks at the Zambia-Congo border crossing are also creating delays, with a 35km (22 mile) queue of trucks south of the border, according to another logistics company official in Zambia.

This is slowing the supply of key reagents mines need for copper processing, he said. Congo miner Chemaf shut one of its processing plants on Sunday, saying it could not source oxide ore.

While South Africa‘s lockdown is benefiting ports like Dar, Beira and Walvis Bay, it is hurting Mozambique’s Maputo port, which depends on South African mine production.

It normally receives 500 trucks of chrome a day, but those trucks disappeared as soon as the border closed in response to COVID-19, he said. With most chrome mines in South Africa shut, Maputo is exporting stockpiles from South Africa with no replenishments in sight.

“The main concern is that we have to have certainty,” said Lucas. “We need to understand what is the plan for after – is the lockdown going to be extended?”

Even for a port such as Dar, which is getting more business, the boost could be short-lived, given the drop in copper prices.

Benchmark prices for copper have slumped around 17% this year as the pandemic dents demand.

“I believe I will have a very good year here in Dar,” said the Dar logistics source. “But the challenge is if copper prices go down too much, and the mines go into care and maintenance.”

Our infrastructure is essential and you’ve locked it down wiping out billions of GDP per day.

O, no regrets there, you can take your covid=19 to Zambia and Tanzania. We have enough of it already. This is no brainer – good riddance. Goodluck with that pile of cash, it may be enough to buy you a sparking goldenc casket. Tell me how that works out for Zam-bia and Tanz-ania once the fat lady has sung to her heart’s content.