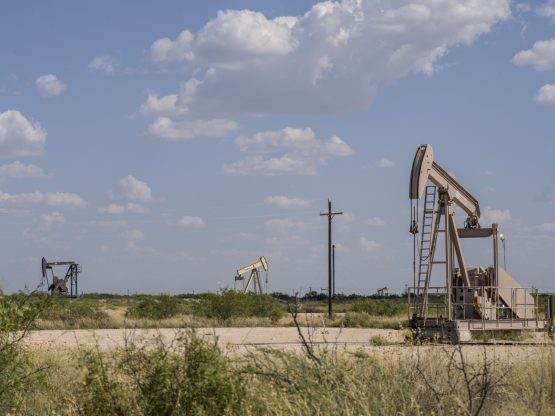 Oil rose, all but erasing a weekly loss, as investors weighed the demand outlook and tracked disruption to a key North American pipeline.

West Texas Intermediate advanced above $97 a barrel in the final session of a volatile week in which prices have swung in a range of about $10. While US data this week showed rising gasoline stockpiles and stalling consumption, market signals including timespreads point to still-robust physical demand.

Traders are monitoring the impact of disruption along the Keystone pipeline. TC Energy has reduced operating rates on a segment running from Canada’s oil sands to the hub at Cushing, Oklahoma, by about 15% following a power-supply glitch. Cushing is the delivery point for WTI futures. 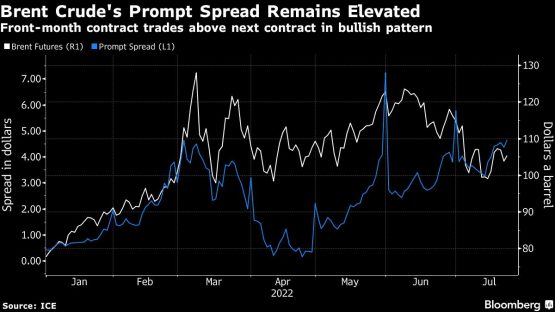 While crude remains more than a quarter higher this year, the bulk of the gains triggered by Russia’s invasion of Ukraine have been reversed. Central banks including the Federal Reserve have been raising interest rates to quell soaring inflation, triggering concerns of a slowdown that’ll sap demand for commodities including energy. That’s hurt investor interest in crude oil, even though the market’s pricing structure continues to point to signs of scarcity.

“Both Brent crude and WTI futures curves remain in backwardation,” said Jeffrey Halley, a senior market analyst at Oanda Asia Pacific Pte, referring to near-term prices trading above longer-dated ones. That pattern “says that prompt physical supplies of oil in the real world look as tight as ever. For that reason, I do not see oil prices materially falling from here yet.”

To ramp up the pressure against Russia, the US is aiming to get an agreement on a price cap for the country’s crude. The market hasn’t yet priced in the impact of European Union sanctions aimed at Russian supplies, which adds impetus to the price-cap plan, a US Treasury Department official said.

In a phone call on Thursday, Saudi Crown Prince Mohammed bin Salman and Russian President Vladimir Putin discussed continued cooperation within OPEC+, the broad group that comprises the Organization of Petroleum Exporting Countries and its allies. “It was emphasized that a further coordination within OPEC+ is important,” according to a statement from the Kremlin.