Decade of the dollar at imminent risk as uptrend break looms

‘Normally we find that the dollar tends to weaken during periods of global economic recovery.’
Cormac Mullen and Ruth Carson, Bloomberg 16 Jul 2020  08:44 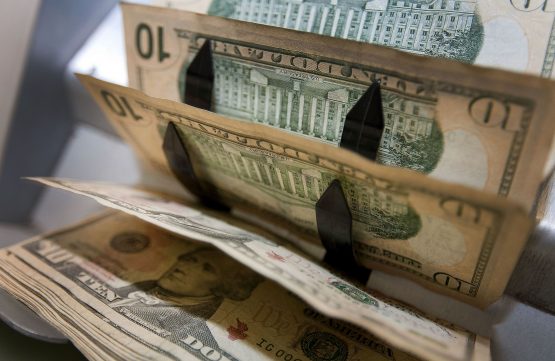 The slump in the dollar is threatening to bring to an imminent end its near-decade-long uptrend against major peers.

Deutsche Bank’s Trade-Weighted Dollar Index — a gauge of the currency against the US’s most important trading partners — has fallen to test the trendline in place since 2011, a break of which would be an important signal for dollar bears. The index has dropped more than 1% so far this month amid weakening demand for havens, an ongoing rally in risk assets and a shift in sentiment toward currencies like the euro and yuan. Dollar strength has been a feature of much of the last 10 years. The trade-weighted basket climbed over 40% from the 2011 low to its recent peak in March, at the height of coronavirus fears. Yet a growing chorus of commentators is calling for the currency to decline, as the global economy attempts to recover from the impact of the pandemic.

“You’re likely to see a situation where the euro zone and indeed Asia will be able to re-open and are re-opening their economies at a faster pace than we’re seeing in the US,” said Peter Kinsella, global head of forex strategy at Union Bancaire Privée. “Normally we find that the dollar tends to weaken during periods of global economic recovery.”

The ICE US Dollar Index — another gauge of the currency — is expected to weaken about 2% to 94.1 by the second quarter of next year, according to an analyst survey compiled by Bloomberg. It traded around the 96 level Thursday.

“Improving domestic economic trends in the euro area and China, as well as our rising conviction in structural dollar weakness over time, reinforce our view that the dollar is poised to weaken against these major currencies,” wrote Goldman Sachs Group Inc. strategist Zach Pandl this week.