Does a happy employee make for a healthy stock price? 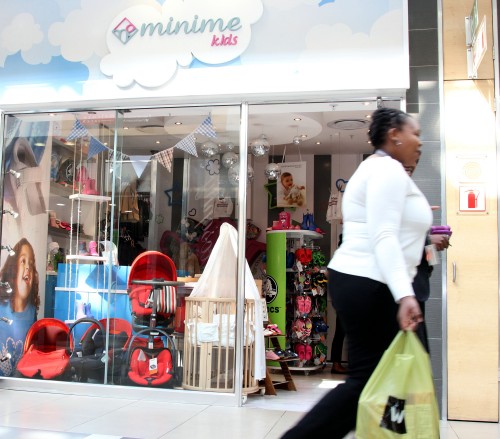 When BlackRock, the world’s largest asset manager, evaluates potential stock purchases, its managers look at all the usual financial metrics.

Some of them also consider something much harder to quantify: employee sentiment.

“We look for companies that have solid employee rankings and want to buy companies that have improvements in employee opinions,” said Paul Ebner, a portfolio manager and member of BlackRock’s scientific active equity group, a team of quantitative managers. “Happy and engaged employees lead to more wins and more sales opportunities.”

That strategy is in line with a growing body of research suggesting that happy workers can be good for profits. But gauging employee satisfaction levels – and understanding how they might affect a company’s performance – can be tricky.

At BlackRock, which has more than $4.65 trillion in assets, the company’s 77-member quantitative team began adding data from social media websites, including employee sentiment data, into its models for evaluating holdings and investment prospects two years ago.

Today, 20 percent of the data used by the group to analyze companies is ‘unstructured’ – meaning it does not come as line items in analyst reports or regulatory filings. Employee sentiment is part of that, said Ebner.

He wouldn’t say exactly how his group gauges employee sentiment at companies they’re interested in, but he did say BlackRock employs automated Internet searches to look for key positive and negative words across a variety of blogs, social media, chat rooms and employee websites. The team is particularly interested in changes in employee sentiment that might indicate good or bad things happening at a company.

BlackRock is not the only company that looks at employee sentiment. Ron Josey, an analyst atSan Francisco-based JPM Securities, said he regularly checks to see what people are posting about the companies he covers on the job website Glassdoor.com, which allows its users to anonymously comment on employers and rate them on a one-to-five scale. When Marissa Mayer took over as CEO of Yahoo! Inc, he said he noticed positive Glassdoor postings on the change.

Even the investors who use sites such as Glassdoor acknowledge they are imperfect tools for analyzing stocks. There is no way of knowing, for example, whether the reviews posted on the site are representative of employee sentiment in general – or even if they were posted by actual employees. And sample sizes tend to be small.

Still, a number of examples can be found on Glassdoor’s website of rising or falling sentiment that paralleled or came in advance of similar moves in stock price, according to an analysis of the site’s ratings and the relationship to share performance that was conducted for Reuters byAccern Corp, a New York-based analytics provider for institutional investors.

For example, during much of 2013, Atlanta-based Cumulus Media seemed unstoppable. Between April of that year and January 2014, the nation’s second largest operator of radio stations saw its stock price rise by more than 142 percent.

But even as the stock was climbing, the percentage of negative reviews of the work environment at Cumulus was rising. Thirty of the 43 anonymous comments posted on the Glassdoor site during the period, or about 70 percent, were negative, compared with 40 of 67, or about 60 percent, that were negative in the preceding 12 months. Between April 2013 and January 2014 the company’s average rating on the site dropped from 2.59 to 2.21, according to Accern’s analysis.

In 2014, in the face of a rapidly changing advertising market, and increasing competition from online competitors, the company’s stock fell from its high of $8 on January 7 to a low for the year of $2.88 on November 11. On Tuesday, it closed at $2.56.

When asked for comment about any link between its tumbling stock price and the Glassdoorratings, a Cumulus spokesman said: “Over the last year, Cumulus has hired more top talent than all other radio companies combined.” He supplied a list of recent hires to back up the statement.

There are also examples of companies where Glassdoor ratings soared in advance of stock price tumbles, or where comments grew more negative even as a company was doing well or its share price was about to take off.

At San Francisco-based online game maker Zynga. The company’s stock price has dropped since March of 2014, from $5.89 per share to $2.80 on Tuesday. But at the same time, its average monthly employee rating on Glassdoor has gone up slightly, from 2.78 before the stock dropped to 2.90 in March of this year.

(For a graphic view of Glassdoor ratings at Cumulus, Netflix and Zynga in relation to share price moves, see: http://reut.rs/1wU8A7c)

Whether or not employee sentiment should be factored into investment decisions, the research is intriguing to some company trackers. In 2011-2012, human resources consultant Towers Watsonsurveyed 518,000 employees at 41 companies, and then looked at the 12 months of financial performance that followed. Companies with engaged employees outperformed the average in their sectors at a significantly higher rate than companies with less-engaged employees.

Alex Edmans, an associate professor of finance at University of Pennsylvania’s Wharton School of Business, found that companies that made Fortune Magazine’s list of the “100 Best Companies to Work For in America” outperformed their peers by more than two percent annually between 1984 and 2009.

Edmans acknowledges that many investors still don’t consider such information important. “The market has the old school view that the idea of happy workers is just fluffy,” he said.

David James, co-portfolio manager of the $4.1 billion James Balanced: Golden Rainbow Fund, is one of the skeptics. A few years ago, his team tried to see if employee turnover rates were a reliable predictor of company performance, on the theory that high turnover was an indicator of an unhappy workforce. But the team found no quantifiable impact. “We tabled it and have not looked at it further,” he said.