Banks should remain prudent when deciding on dividends and share buy-backs – ECB.
By Nicholas Comfort and Steven Arons, Bloomberg 24 Jul 2021  21:15 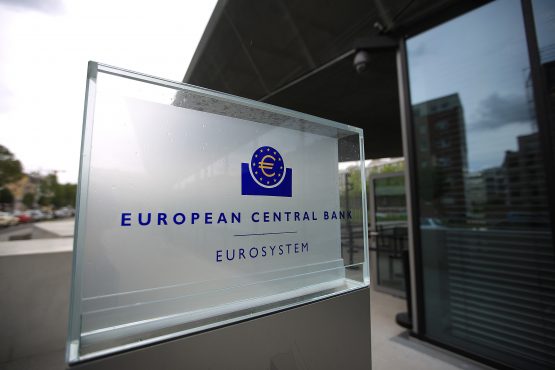 Image: Krisztian Bocsi, Bloomberg
The European Central Bank said it will lift a cap on how much lenders can return to shareholders with dividends and share buybacks, while urging them to remain cautious given uncertainty in the pandemic.

The ECB “decided not to extend beyond September 2021 its recommendation that all banks limit dividends,” the central bank said in a statement on Friday. “Instead, supervisors will assess the capital and distribution plans of each bank as part of the regular supervisory process.”

With the euro-area economy rebounding as vaccinations increase and businesses reopen, regulators had little choice to remove the restrictions, which had drawn rebukes from top bankers concerned about their stock prices. The ECB’s decision comes after the Bank of England said this month it’s fully removing guardrails that limited dividends at HSBC Holdings Plc, Barclays Plc, Standard Chartered Plc and other top lenders.

“The latest macroeconomic projections confirm the economic rebound and point to reduced uncertainty, which is improving the reliability of banks’ capital trajectories,” the ECB said. “However, banks should remain prudent when deciding on dividends and share buy-backs.”

The ECB issued a de facto ban on payouts in March last year and in December capped dividends and buybacks for the first nine months of 2020 at 15% of profit for the previous two years, or 20 basis points of a bank’s key capital ratio, whichever was lower. It was expected to lift the cap after saying it would do so “in the absence of materially adverse developments.”

The ECB also reiterated previous calls on banks to be “prudent” when deciding on bonuses. The supervisor previously demanded that banks including Deutsche Bank AG, UniCredit SpA and BNP Paribas SA cut their bonus pools for 2020 when it deemed them as too generous, Bloomberg News has reported.

Even with the dividend cap removed, the ECB’s note of caution shows policy makers are worried that the true damage from the health crisis has yet to materialize on lenders’ balance sheets. Banks shouldn’t underestimate “the risk that additional losses may later have an impact on their capital trajectory as support measures expire,” the central bank said in its statement.

Policy makers responded to the criticism by saying their recommendation helped to bolster balance sheets and ensure that credit continues to flow to firms. The restrictions were also part of a trade-off under which banks got unprecedented support from governments which guaranteed hundreds of billions of dollars of loans and regulators that allowed them to use flexibility in accounting for doubtful loans. The ECB also extended a key plank of its relief measures by nine months in June.