A statue of a bull is displayed at the Bombay Stock Exchange (BSE) building in Mumbai, India. Image: Bloomberg

Judging by the performance of emerging markets, you’d hardly know the world was suffering from a deadly pandemic. After a horrible March, according to the Institute for International Finance, non-resident portfolio flows into emerging markets increased tenfold to $32.9 billion in June. MSCI’s EM currency index hit a one-month high last Thursday. Even currencies as weak as the South African rand are seeing a bit of a rally.

Of course, that doesn’t mean things are going well in developing nations themselves. If anything, many of them face longer and more troublesome recoveries than was anticipated at the depth of the market panic in March. Earnings aren’t expected to recover anytime soon. Here in India, the ratio of price to one-year forward earnings for stocks in the Nifty50 index is the highest it has been for a decade.

Behind this decoupling of markets and Main Street lies a familiar culprit: rich-world central banks. As they did after the 2008 financial crisis, the Federal Reserve, European Central Bank, Bank of England and Bank of Japan have pumped massive amounts of liquidity into their domestic markets. Those markets have rallied as intended and domestic investors, terrified at the prospect of missing out, have piled in. That in turn has forced institutional investors to search for yield in emerging markets.

If the entire process is disconnected from reality, that’s by design. The very purpose of unconventional monetary policy is to impose irrationality on markets.

Market insiders take this disconnect for granted; as Ajay Kumar of Bank of America Securities told Bloomberg TV, “sentiment and liquidity account for the bulk of your returns” at times like these. But the rest of the world doesn’t. And they’re right not to do so because, the last time this happened, emerging markets wound up badly damaged by the monetary policy of developed nations.

Yes, the Fed and others have done well to reverse the near-catastrophic outflows of capital from emerging markets that were visible in the early weeks of the pandemic. Though it wasn’t their intent, their actions helped EMs raise, by early June, more than $83 billion on global bond markets.

But, emerging markets should have learned by now that this is a poisoned chalice. Over the medium- and long-term, the West’s money printing will burden the developing world with volatility, instability, and subdued growth and investment.

Consider India’s experience. In the years after 2008, the country enjoyed a sharp liquidity- and stimulus-driven rebound. But then commodity prices shot up. That increased inflation, drained foreign-exchange reserves and caused inflationary expectations to drift up unanchored.

Asset-price inflation caused endless pain domestically; real estate prices, for example, shot up so high that the market is still not working properly. And, worst of all, cheap liquidity led to indiscriminate lending and a bad-loan crisis that has crippled Indian growth and investment.

Nor were we masters of our own fate: In the infamous taper tantrum, a word from former Fed chairman Ben Bernanke drove the Indian rupee down to record lows. The Fed’s actions had political consequences as well, as voters took out their anger on the hapless incumbent government.

Naturally, this process won’t unfold the same way twice. The driver won’t be oil prices this time, and perhaps not real estate. All we can say for certain is that something of the sort will indeed happen again. All that liquidity will have to settle somewhere and it will probably wind up flowing to whichever real asset is seen as being scarcest and most future-proofed on the margin. Rare earths, perhaps, in our new digital world?

The fact that share prices and currency indices are so detached from reality is the surest sign that the process is underway. These are the first conduits through which the irrationality of central bank actions elsewhere begins to affect emerging economies. The MSCI index of EM equities has had a great quarter but remember, the last time it had such a good quarter was 2009.

Inevitably, the combination of unrestrained liquidity and a crisis mentality will weaken already fragile governance structures in both financial markets and the real economy. Central banks in the West have been warned of this often. Raghuram Rajan, who as governor of the Reserve Bank of India had to deal with the consequences for India of unconventional monetary policy elsewhere, has constantly argued for setting “rules of the game” for central banks so that they don’t destabilise emerging markets.

Rajan makes a simple, if under-appreciated point: “The bottom line is that simply because a policy is called monetary, unconventional or otherwise, it may not be beneficial on net for the world.” The failure to learn the lessons of the last stimulus may now doom emerging markets to another decade of subpar growth and political instability.

Cheap liquidity by the West led to indiscriminate lending and a bad-loan crisis?

Wrong – India could have raised their interest rates if they wanted. Has brought leisure travel to a near halt. 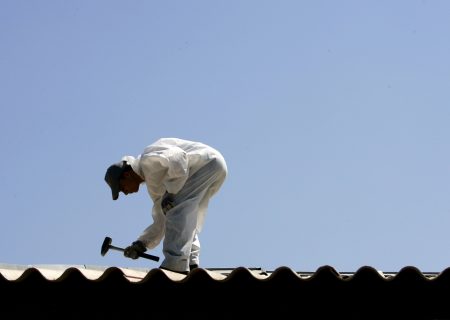