The rand alongside other emerging currencies gained at the start of the week.
By Karin Strohecker, Reuters 26 Mar 2018  13:49 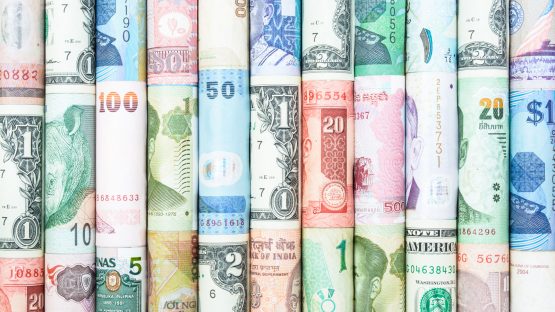 Emerging stocks and currencies started the week with healthy gains on signs of easing trade tensions between the US and China.

South African markets chalked up some of the biggest gains after the country averted a cut to its credit rating.

Alarm over a possible trade war has rattled markets in recent weeks after US President Donald Trump slapped hefty tariffs on steel and aluminium imports and announced plans for tariffs on up to $60 billion of Chinese goods on Thursday.

However, investors were taking heart from reports that Washington and Beijing were working behind the scenes, with China signalling it was ready to talk. Meanwhile South Korea secured an exemption from the steel tariffs, helping to lift the mood across Asia.

Many Asian bourses racked up solid gains, with heavyweight South Korea rising nearly 1% and Hong Kong up 0.5%, while equities in much of emerging Europe and Turkey also rose.

“The market is perceiving (reports on Washington and US talking) as a step in the right direction,” said Vasileios Gkionakis, co-head of strategy research at UniCredit.

“This is our central scenario, meaning that in the end, if we are going to see any retaliation, it will be more symbolic rather than meaningful. But sentiment remains fragile and we are still subject to plenty of headline risk.”

With the dollar taking another step lower, emerging currencies also booked gains, with Russia’s rouble, Turkey’s lira and Mexico’s peso all strengthening around half a percent.

South Africa’s rand gained 1% against the dollar to trade at its strongest level in a month after Moody’s on Friday affirmed its investment-grade credit rating and revised its credit outlook to stable from negative.

The agency said the recovery of institutions in Africa’s most industrialised economy would – if sustained – kick-start the economy as well as providing a stabilisation of fiscal strength. A downgrade would have seen South Africa cut from key bond indexes and could have triggered billions of dollars in outflows.

Domestic bond markets also rose, with the yield on the benchmark 10-year sovereign issue at 7.89% – a level it last traded at three years ago. Costs of insuring exposure to the country’s external credit also fell.

“As far as the South Africa-specific idiosyncratic factors are concerned, those are positive for the rand,” said UniCredit’s Gkionakis, predicting the rand could outperform its peers if the backdrop remained benign.

The local market’s focus this week will be on the South African Reserve Bank (Sarb) interest rate decision on Wednesday.