Providing Eskom with financial support before taking measures to generate savings at the utility would be credit-negative for the country, says Moody’s.
Colleen Goko, Paul Burkhardt and Prinesha Naidoo, Bloomberg  /  11 February 2019 12:25
4 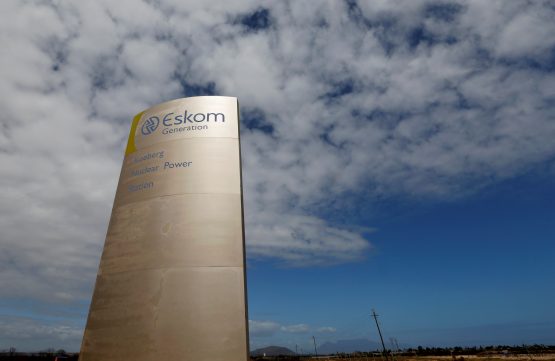 South Africa’s debt-laden power utility raced to stabilise the grid this week by resorting to the most intense supply cuts in four years.

Eskom Holdings implemented blackouts for a third day on Tuesday, removing 3 000 megawatts from the system after so-called stage 4 rotational power cuts, or 4 000 megawatts, on Monday as it moved to avoid total collapse of the grid.

The reductions come as Moody’s Investors Service said the producer is a significant risk to South Africa’s finances and President Cyril Ramaphosa’s strategy to split the company into three does little to address its problems.

Providing Eskom with financial support before taking measures to generate savings at the utility would be credit-negative for the country, Moody’s said in an emailed report Monday. The remedies would entail “unpopular decisions on electricity tariffs and/or additional cost-cutting that would require agreement from key stakeholders,” it said.

Moody’s comments come as Eskom implemented so-called stage 4 rotational power cuts throughout the country on Monday. That involves taking 4 000 megawatts demand out of the system to prevent a complete collapse. While generation units have returned to service, others have continued to trip, according to the utility.

Power cuts may cost the country as much as R5 billion ($364 million) a day, according to the Organisation Undoing Tax Abuse, a civil-society group.

Regular supply interruptions are creating uncertainty that endangers businesses that are highly dependent on the utility, said Shaun Nel, a spokesman for the Energy Intensive Users Group of South Africa, whose members consume more than 40% of the nation’s power and include Anglo American.

“We’re going to see companies close in the smelting industry,” Nel said. Between already-high tariffs and the specter of more supply cuts, the victims will be “small foundries and smelters that shut down and never come back,” he said.

Eskom has asked for permission to raise power tariffs by 15% in each of the next three fiscal years, more than triple the average inflation rate over the past 12 months. If allowed, this would ease the government’s contingent-liability risk but stoke inflation and weigh on economic growth, said Moody’s. Small price increases would “maintain pressure on the company’s very weak financial profile,” it said.

Speaking in his state of the nation address last week, President Cyril Ramaphosa initiated a split of the state-owned electric company that is struggling under R419 billion of debt and declining demand. A breakup into generation, distribution and transmission businesses will enable each unit to better manage costs and make it easier to raise funding. Credit-rating companies see Eskom as a key risk to Africa’s most-industrialised economy, with blackouts and huge debt a drag on growth prospects.

Moody’s is the only one of the three major ratings companies that has South African debt at investment grade. It raised the outlook on the assessment to stable from negative in March and will publish its next assessment on March 29, a month after the release of the 2019 budget. Finance Minister Tito Mboweni will announce a turnaround plan and rescue package for Eskom in the February 20 speech, Ramaphosa said last week.

The rand erased earlier gains, weakening as much as 0.8% to 13.72 per dollar by 12:52 pm in Johannesburg. Yields on rand-denominated government bonds due December 2026 climbed 8 basis points to 8.73%, the highest this month. “Markets will now wait for the budget on February 20 to see what comments the agency has to make,” Thulare

So it takes Moody’s to do a research paper to tell us what we already know. Splitting Eksdom into 3 does not address the fundamental problem …. Mismanagement and Corruption.
If you do not admit the real problem you can never expect to solve it. Is that such a difficult concept to understand?
Problem 1 : Cadre deployment without necessary skills and knowledge.
Problem 2 : Overstaffed to such a degree it is strangling the whole company/Country and drives the costs up to unaffordable levels.
Problem 3 : Culture of non payment by huge majority of people
Problem 4 : I am sure all managers and government lackeys have emergency generating capacity at their houses installed by the very same Eksdom to ensure they dont have to live with the inconvenience of Laodshedding!!

Solve these 4 problems and we will once again have too much power. Unfortunately it is politically unpalatable for the powers that be.

But watch what are they going to do. The situation is at life or death.

But also remember you can’t employ a consultant if the report will have 4 bullets. LOL.

Yes, mismanagement and corruption – but CEO Hadebe is not to blame; he had to deal with political interference from Pravin Gordhan when he wanted to stop salary increases.

I’m sure the problem at ESKOM is much more complicated…firstly it is political motivated and Ramaphosa has no control over it and secondly bullying tactics to get ESKOM their price increase??