Eurobond holders are due to meet on October 20 to vote on the proposal.
By Matthew Hill and Taonga Clifford Mitimingi, Bloomberg 14 Oct 2020  10:36 Zambia’s Eurobonds slumped for a second day as the country appeared to be heading for a default amid a showdown with bondholders over its request for an interest payment holiday.

The southern African nation has asked holders of its $3 billion of Eurobonds to accept a six-month standstill on about $120 million of coupon payments while it works on a debt-restructuring strategy. The first, of $42.5 million, is due on Wednesday, though there is a 30-day grace period before the country is technically in default.

Eurobond holders are due to meet on October 20 to vote on the proposal, and a group of holders already said they couldn’t vote in favour without further assurances and transparency from Zambia. The nation has over the past decade taken on nearly $12 billion of debt, even as growth slowed and foreign-exchange reserves dwindled. The pandemic accelerated the crisis.

“Should Zambia fail to reach an agreement with its commercial creditors, including holders of its Eurobonds, on the terms of the appropriate standstills, the Republic with its limited fiscal space will be unable to make payments,” Fredson Yamba, the secretary to the Treasury, said in an emailed statement. The only foreign-currency debt that Zambia will continue to pay on time is to multilateral agencies and debt for a few priority projects that have an immediate economic and social impact, he said. The country is already $485 million in arrears on foreign debt, including $183 million to bilateral lenders and $256 million on commercial loans, according to the finance ministry.

If bondholders approve the standstill, Zambia “will recognise interest accruing on deferred coupons in the restructuring process, at a rate to be determined in good faith with noteholders,” Yamba said.

Zambia is seen as a test case for how indebted nations will deal with competing interests from commercial and non-commercial lenders. As much as one-third of the country’s external debt is owed to Chinese lenders.

In Africa, more than a dozen countries are in talks with China to freeze debt payments under a debt service suspension initiative (DSSI) agreed by the Group of 20 leading economies in April. Much of those negotiations, however, are done behind closed doors, raising complaints from commercial creditors worried that China will win better terms in upcoming debt restructuring.

“….the Republic with its limited fiscal space will be UNABLE TO MAKE PAYMENTS”.

And here I sit in Mzansi with a schmuck impression on my face, reading this, and I think “What makes us South Africans so special to think it’s not (eventually) going to happen to us???”

No, we Saffas are not special in any way compared to rest of Africa.

(…off course the Chinese will WIN BETTER TERMS with a country on it’s knees. While SA has a black land-grab, Zambia may be facing a yellow land-grab.) Zambians pawning off their future.

The ANC is nonetheless any wiser….

Unfortunately this will be SA over the next 2-3 years if the ANC remains obsessed with their social economic policies.

Aaah, understood. So the Chinese are the only ones who will be getting their pound of flesh then. Give me one good reason why I should invest in cryptos … 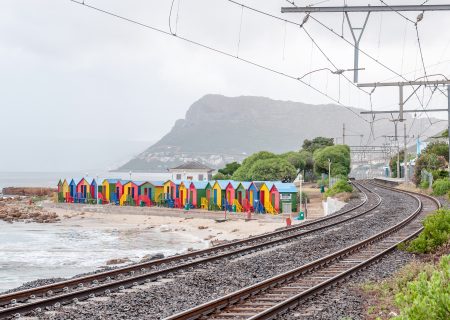