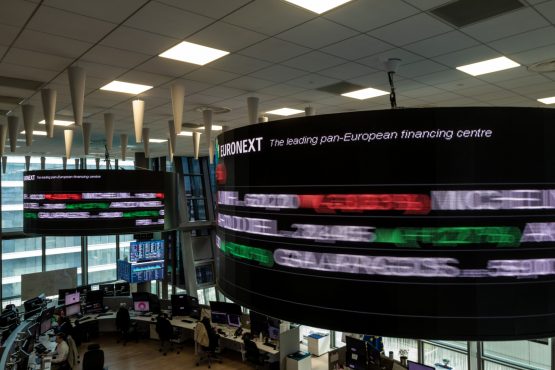 The Stoxx 600 Index dropped 1.4% by 10:38 a.m. in London, with consumer, retail and real estate among the biggest decliners. Energy outperformed as oil headed for its first back-to-back weekly gain since early March on signs the market is tightening as the European Union moved toward banning Russian crude.

The European equity benchmark hit a seven-week low on Thursday as initial euphoria sparked by the US Federal Reserve’s decision to raise interest rates quickly soured as broader concerns over growth and inflation, and how central banks will maneuver in order to avoid a recession, took over investors’ attention. European equities have been under pressure this year due to concerns about monetary tightening, surging inflation and economic risks from the war in Ukraine. “We’re in a trickier period, more challenging for policy makers, more challenging for corporates and households,” Arnab Das, global markets strategist EMEA at Invesco, said by phone. He added that the question the market is struggling with relates to what the path to a soft landing will be.

Investors have been watching the earnings season closely for clues as to how companies are faring amid rising input costs and pandemic-related supply-chain disruption. Adidas AG‘s shares slumped on Friday after the sports apparel maker cut its profitability targets for the year amid a sales slump in China.

Russia‘s invasion of Ukraine has been another worry, with ING Groep NV‘s shares falling after the Dutch bank’s first-quarter profit missed analyst estimates due to Russia-related provisions.