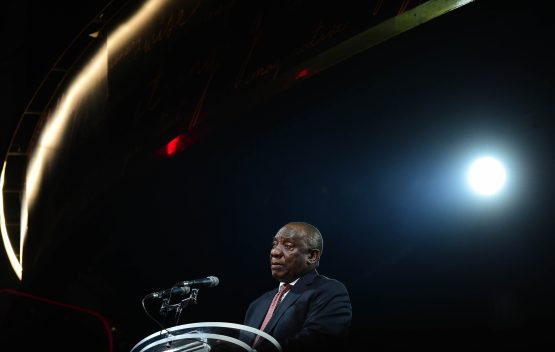 Put on your best suit South Africa, you’re getting visitors!

Presidents and prime ministers from Brazil, Russia, India and China will be attending the 10th Annual Brics Summit in Johannesburg. The focus of the summit will be on how emerging markets can further develop their economies, build diplomatic relations and enhance the socio-economic development in their respective countries. The summit runs from July 25 to July 27 in Sandton.

Power-utlity Eskom released a dismal set of financial results on Monday. The parastatal is reported to have made a R2.3 billion loss for the 2017/18 financial year, while irregular expenditure bumped up to R19.6 billion from R3 billion. As a result the auditor, SizweNtsalubaGobodo, is doubtful of Eskom’s ability to continue as a going concern. According to a Moneyweb article the auditors say that Eskom did not have adequate control systems in place to identify, investigate and record irregular and wasteful expenditure.

Kumba Iron Ore reported headline earnings of R3 billion and net cash of R11.7 billion for the six months ended June 30 2018. The company says total tons mined increased by 12% and production was up 3% to 22.4 mt. Kumba’s revenue totalled R19.5 billion and an interim cash dividend of R14.51 per share has been declared.

Mobile communications company, Vodacom released a trading update for the quarter ended June 30 2018, in which it states that group services revenue growth increased to 5.2%. Group data revenue increased to 9.9%, while South Africa’s service revenue grew 4.9% to R13.8 billion. The company added 2.5 million customers during the quarter, 1.5 million from South Africa and 1.0 million from international operations.