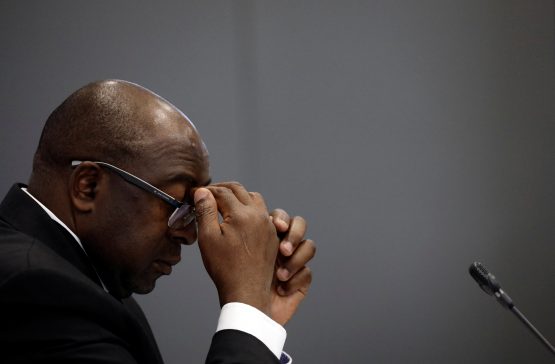 The South African Banking Association is hosting a banking summit on Monday to discuss ways to bring about growth and good governance in the banking sector. Finance minister, Nhlanhla Nene, Sarb deputy governor, Kuben Naidoo and the auditor-general of South Africa, Kimi Makwetu are among those that will be speaking. The summit is being held in Illovo, Johannesburg and is taking place over one day.

2. Nene asks president to relieve him of his duties

Nhlanhla Nene has asked President Cyril Ramaphosa to relieve him of his duties as the Minister of Finance. This comes after Nene testified to the Zondo Commission that he had several meetings with the Gupta at their Saxonwold compound. Nene later issued an apology for meeting with the Guptas in clandestine. The apology was not accepted by political parties and they have been putting pressure on him to resign. Bloomberg is reporting that Nene made the request to the president over the weekend.

Read: Nene asks to leave amid pressure to go

Tharisa Mining is reporting a 84.1% recovery in platinum group metals and a 6% increase in PGM production for the financial year ended September 30, 2018. The company also reported a 3% increase in chrome recoveries from last year, exceeding its targeted production by 10.9% at its Lonmin K3 chrome plant.

The City of Johannesburg incorrectly classified sectional title residential properties as businesses during a recent valuation process which has dumped numerous worries on these residential owners, including the obligation to pay their outstanding bills or risk having their services cut off. Moneyweb is reporting that the problem stems from the CoJ’s interpretation of the rates policy.

Read: City of Joburg, please get your house in order!

The rand is once again close to reaching the R15-to-the-dollar mark, after news emerged of finance minister Nhlanhla Nene’s call to be dismissed. At 8:38 on Monday, the rand was at R14.92 to the dollar. We’ll be keeping an eye on it as revelations unfold.