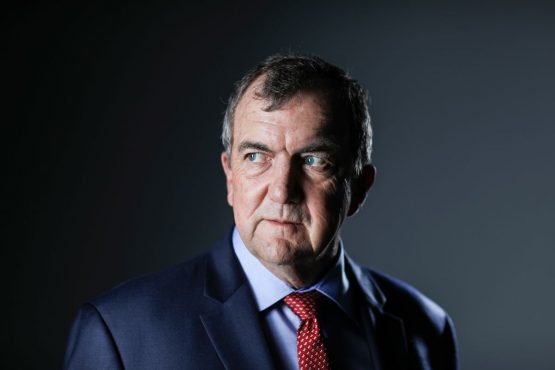 A deal by Barrick Gold boosted activity in the gold industry and has attendees showing up in their numbers at the annual Mining Indaba, pictured is Barrick Gold CEO, Mark Bristow. Picture: Simon Dawson, Bloomberg

1. Mining challenges and opportunities in focus

South Africa’s annual Mining Indaba kicks off in Cape Town on Monday. Mining executives, investors, junior miners and leaders in the field will gather together to discuss mining prospects in the country. While the finalising of the Mining Charter III has brought some certainty to the sector, many challenges remain. With Eskom’s tariff increases on the cards, jobs will be under further pressure. Bloomberg is reporting however that the gold industry is showing up in its numbers following a flurry of activity thanks to Barrick Gold’s mega deal.

2. Clover delisting gets real at R4.8bn

Brimstone Investments has announced its participation in newly formed company MilCo, which plans acquire the entire issued share capital of Clover Industries Limited. MilCo will make a cash offer to acquire all the issued shares of Clover for R25.00 per share, valuing the company at R4.8 billion.

Clover announced in October that it was the target of a takeover interest. An independent board, led by Steven Booysen, was established to evaluate the offer.

3. Mass exodus of PIC board

The entire board of the Public Investment Corporation, which is currently facing scrutiny over its questionable governance practices as an inquiry plays out, announced their resignation on Friday. The mass resignation doesn’t necessarily mean everyone is guilty but it is concerning considering the size of assets under management, says Greg Davies, head of Wealth at Cratos Capital.

Mining firm AngloGold Ashanti is reporting a sevenfold increase in annual profit. This comes after the company closed some of its South Africa mines to focus on the lowest-costs ones. The performance of its Kibali operation in the DRC also boosted the miner’s financial standing.

Read more on the results of one of the world’s top gold producers here.