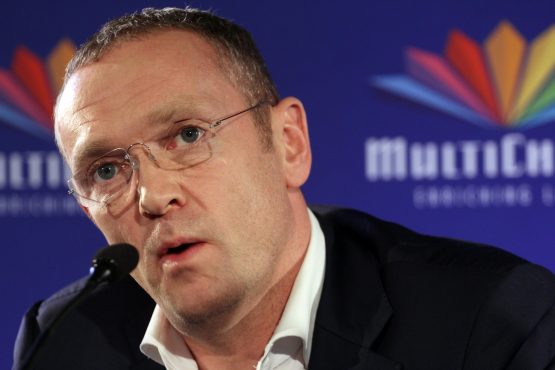 1. Naspers to bulk on food, fintech and classifieds

Media giant Naspers plans to shift its focus and investments to grow its food, fintech and e-commerce sectors in hopes of eventually hiving them off into separate share listings. Naspers CEO, Bob van Dijk says he sees the food sector changing drastically within the next decade, with people opting for more efficient and convenient means instead of preparing meals. The company recently announced its plan to list some of its e-commerce and internet assets on the Euronext Amsterdam stock exchange under the name Newco – which will be followed by a secondary listing on the JSE.

The inquiry into mismanagement at the PIC is set to continue on Monday, where the leader of the United Democratic Movement (UDM), Bantu Holomisa is expected to return to the stand. Holomisa appeared on Wednesday last week where he was cross-examined by lawyers from the Lebashe Investment Group, Harith Fund Management, ex PIC chair Jabu Moleketi and others.

3. McBride back on the stand at the Zondo Commission

Former Independent Police Investigative Directorate (Ipid) head, Robert McBride will make his way to the state capture commission for the second time on Monday. McBride’s testimony is to focus on law enforcement agencies. McBride previously implicated former police minister Nathi Nhleko of lying about receiving a signed report from Ipid concerning a renditions case involving Zimbabweans. eNCA is reporting that Nhleko has not yet applied to cross-examine McBride.

4. Gemfields enters into conditional sale of shares in Jupiter Mines

Precious stones and gems supplier, Gemfields announced on Monday that it has entered into a conditional sale and purchase agreement with AMCI Euro to sell 145 845 372 ordinary shares in ASX-listed Jupiter Mines. Gemfields will therefore receive a total of AUD44 240 938 in cash from AMCI Euro in consideration for the Jupiter shares. The shares constitute Gemfields’s entire remaining holding in Jupiter, following its participation in Jupiter’s IPO last year. The transaction will take place in two stages and is conditional to certain IPO-related lock-in restrictions.

South Africa’s consumer price index, retail sales figures and producer price inflation data are expected to be released in the week ahead.  The South African Reserve Bank last week said that it is determined to see inflation anchored at the 4.5% midpoint of its target range, furthermore, it forecasts that inflation will stay within the 3 and 6% range until the end of 2021. The rand strengthened against the dollar on Friday after US import prices increased on a monthly basis in March, mainly due to higher fuel prices. On Monday, the rand was at R13.98 to the dollar and R18.32 to the pound at 8:36am.