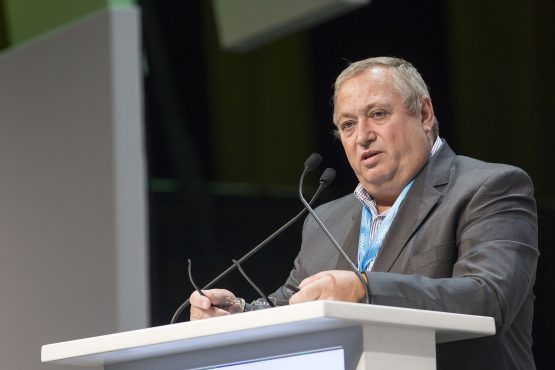 Sibanye-Stillwater CEO, Neal Froneman. The Sibanye/Lonmin deal has been completed with the suspension of trade of Lonmin shares on the JSE on Monday. Picture: Halden Krog, Bloomberg

1. Funding for Eskom to increase

Eskom’s debt woes appear to be much deeper than what was initially thought. Finance minster Tito Mboweni and Eskom chairman, Jabu Mabuza have indicated that the R69 billion bailout granted by government over three years will not be enough. Bloomberg is reporting that, National Treasury Director General, Dondo Mogajane told members of the G20 summit, over the weekend, that South Africa has no choice but to increase funds for the parastatal, adding that it’s now an issue of ‘how much and when’.

Read: South Africa has ‘no choice’ but to increase funding for Eskom

Moneyweb’s exclusive investigation into the Picvest billions continues with a look into the sale of the 79 properties syndicated via the Highveld Syndication (HS) companies. The investigation has revealed that virtually all of these properties were sold to third parties before and shortly after the HS companies were put into business rescue. Moneyweb also notes that the sale of these properties is in stark contradiction to the provisions in the business rescue plan, penned by business rescue practitioner Hans Klopper, who was also a director of Orthotouch.

Read: The peculiar case of the Picvest billions: Part 5

Fintech and technology solutions investor and manager, Capital Appreciation says it delivered strong growth across all business units, which include its Payments and Payments Infrastructure business and its Software and Services businesses. For the year ended March 31, 2019 the company is reporting a 13.1% decrease in headline earnings to R124.6 million, while both earnings per share and headline earnings per share amounted to 8.33 cents, down 12.2% and 12.6%, respectively. Revenue for the period however increased by 19.6% to R606.7 million. The total dividend for the year amounted to 4.25 cents, up 6.25%.

The rand ran a tumultuous course last week after data indicated that South Africa’s economy contracted by 3.2% and ANC infighting over the Sarb continued. The rand weakened past the 15-to-the-dollar mark on Thursday afternoon, extending declines on Friday. In the week ahead, manufacturing output, retail sales data and gold and mining production data for April are expected. On Monday, the rand was at R14.90 to the dollar at 8:47.