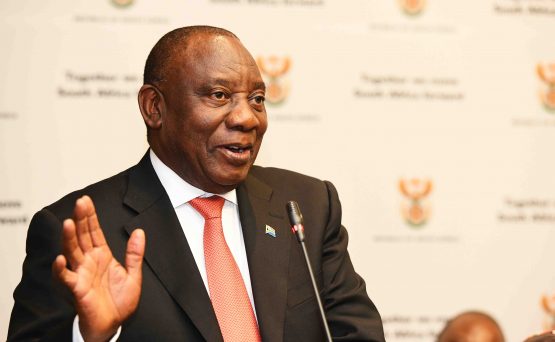 1. Ramaphosa and Mkhwebane to battle it out in court

The North Gauteng High Court is on Monday expected to hear an application from President Cyril Ramaphosa on an urgent interim interdict on Public Protector Busisiwe Mkhwebane’s Bosasa report. In her report, Mkhwebane states that Ramaphosa misled parliament over a R500 000 donation he received for his ANC presidential campaign.

Further to that, news emerged that records of confidential transactions made to the CR17 campaign were leaked to some media houses over the weekend. Ramaphosa is filing an application to keep the information confidential, saying the documents belong to private entities.

Energy regulator Nersa is rejecting the City of Tshwane’s proposed electricity tariff application for the 2019/2020 year, instead allowing it to add 13.07% to the previous financial year’s tariffs. Moneyweb is reporting that this is the same recommendation made by AfriForum to Nersa, after it disputed the City of Tshwane’s illegal implementation of electricity tariffs in July. Nersa will be setting up a tribunal to deal with Tshwane’s non-compliance and to ensure it refunds customers who have been overcharged.

3. A micro-lender that helps the poor

The Small Enterprise Foundation (SEF) is a small-time lender which has been granting loans to South Africa’s poor for nearly three decades. The bank operates on a rather unconventional model compared to other lenders which focus on proof of income and collateral.

Since 1992 the SEF has disbursed R8.7 million in loans to the low-income market, members of which do not otherwise qualify for traditional bank loans, and has created over 200 000 jobs in the process.

Read: The SA lender you’ve never heard of with almost no bad debt

Packaged goods company, Libstar has issued a trading statement for the six months ended June 30, 2019, in which it expects the group’s organic growth to increase 4.5% compared with 3.7% in 2018. It sees total basic and diluted headline earnings per share to grow between 45% and 55% to 18 cents and 19.2 cents, this is from 12.4 cents in 2018. It also sees total basic and diluted earnings per share falling between 23.7% and 33.7% to between 8.1 cents and 9.3 cents. The company attributes the fall to the impairment of the dairy-blend and fruit concentrate non-core operations and to the increase in the weighted average number of shares in issue to 14.5%.

Lower-than-expected mining and manufacturing data for June, released last week, did not help the local currency which has weakened past R15 to the dollar. Mining production decreased for the eighth consecutive month, and the most since February, by 4.2%, while manufacturing output experienced its first contraction since September 2018, declining 3.2% in June.

June retail sales data is due this week.

In the US, data showed a decrease in the number of people filing applications for unemployment benefits for the week ended August 3, which, according to Anchor Capital, is an indication that the labour market there is holding strong, despite the slowing global economy.