Distell pleased with alcohol sales being allowed, but raises concerns too
Corporate chaos, except where it was most wanted
South Africa drink makers grapple with ways to ease alcohol ban
CLICK THIS COMPANY MORE COMPANY NEWS SENS
DISTELL 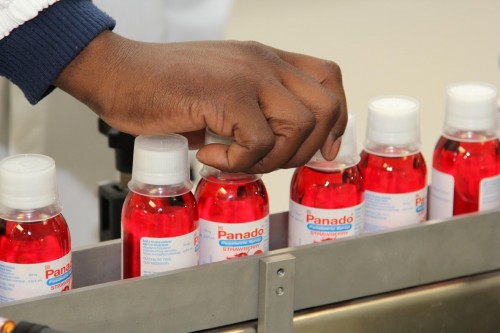 1. Sale of Eskom power plants could help save the utility

Disposing of some of Eskom’s coal-fired power plants and selling electricity back into the grid may be one of the options government is considering to rescue the state-owned entity. Bloomberg is reporting that according to an economic policy paper released by National Treasury on Tuesday, the reforms could involve selling power stations through a series of auctions which would include related staff contracts, coal-supply contracts and environmental obligations. The sale could raise around R450 billion, although it is speculated that unions may oppose the proposal.

Pharmaceutical company Adcock Ingram is reporting an 11% increase in headline earnings per share to 421.7 cents for the year ended June 30, 2019. The company  says it delivered ‘robust results’ despite volatile trading conditions characterised by weak economic growth and a decline in consumer spending. The company’s revenue and gross profit increased 11% to R7.08 billion and R2.78 billion, respectively. The group disposed of its Zimbabwean enterprise and its investment in Ayrton Drug Manufacturing during the reporting period. Adcock Ingram has declared a final gross dividend of 100 cents per share.

Bidcorp is reporting a 12.5% increase in headline earnings per share to 1442.6 cents for the year ended June 30, 2019. The company’s trading profit increased by 11% to R6.7 billion and revenue of R129.3 billion is being reported, up 9.8%. The company, which specialises in food services through technology, attributes its performance to positive trading in most geographies including the UK and Europe, despite ‘low food inflation and moderate economic growth’. The company’s South African operations delivered stronger results in the second half even as tough economic conditions persisted, it says. A final gross dividend of 330 cents per share is being declared for the period.

Distell, the maker of alcoholic beverages including Savanna, Hunters cider and Nederburg wine, is reporting a 1.7% decline in headline earnings to R1.4 billion while headline earnings per share fell to 656.4 cents, down 1.8% for the year ended June 30, 2019. Comparable group revenue is up 9.4% to R26.2 billion. The company says its spirits category delivered strong revenue growth, buoyed mostly by white spirits. Its wine portfolio delivered muted growth as a result of wine supply shortages. A gross cash dividend of 240 cents is being declared.

National Treasury says it has a solution for South Africa’s high unemployment rate and slow economic growth problems. In a policy paper released on Tuesday, it has outlined plans including easing visa rules to enable more tourism and disposing of Eskom’s power plants to raise money. According to Bloomberg, Treasury says more needs to be done to improve education and South Africa’s public-transport systems, enabling more youth empowerment programmes and reducing a skills shortage. It says reforms could lift economic growth by 2 to 3 percentage points and create more than a million jobs over a decade.