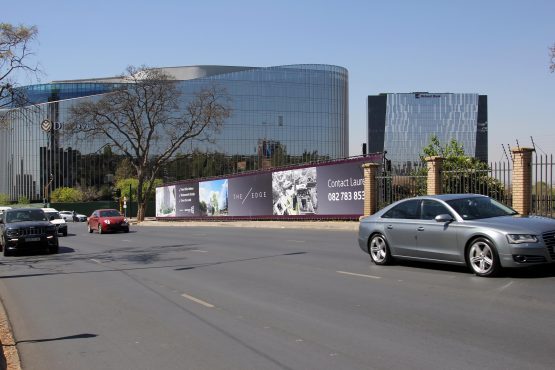 Growthpoint is forging ahead with new development plans in the Sandton hub. Image: Moneyweb

Property company Growthpoint is working on a plan to develop a multi-million rand mixed-use precinct in the heart of Sandton. The Sandton Summit, as it is known, will be transformed into a new neighbourhood that will include office, residential, hotel and retail property as well as public open spaces. The precinct has already seen around R6 billion in investment. If approved, the Sandton Summit precinct will be developed over the next 15 years. Read: Exclusive: Growthpoint’s ambitious Sandton Summit plan

The owner of Bakers biscuits and I&J frozen fish, AVI is reporting a 4.9% decrease in headline earnings per share to 516.6 cents and a 4.4% decrease in headline earnings to R1.70 billion for the year ended June 30 2019. The company attributes these losses to the decrease in operating profit and higher finance costs in line with debt levels. AVI says pressure weighed on consumer spending, resulting in weak sales volumes in many of its businesses. Revenue declined by 2.1% to R13 150.9 million and a final dividend of 250 cents per share was declared.

South African businesses are feeling the heat from the recent spate of riots over foreign nationals in the country. Over the weekend, Nigeria’s ruling party called for the nationalisation of South African companies, including MTN and Shoprite, operating in Nigeria. The comments come after Nigerians attacked the facilities in retaliation for attacks in South Africa. Bloomberg quotes the Nigeria’s ruling party as saying steps must be taken for Nigeria’s government to take over the remaining MTN shares owned by South Africans, adding that there could be a boycott against South African companies and their products and the revocation of landing rights for SAA.

The fight against gender-based violence (GBV) issues in South Africa is gaining momentum. President Cyril Ramaphosa last week announced a number of measures, including fixing the criminal justice system and educational intervention, that the state would implement to address the issue. Despite SA being in a cash crunch, Ramaphosa said National Treasury will find the money to protect the country’s women and children, adding that Finance Minister Tito Mboweni should ‘allocate additional funding to the national machinery to coordinate our campaign against gender-based violence’.

The rand last week was buoyed by positive GDP data that indicated the economy expanded by 3.1% in the second quarter. The rand held onto steady ground while the greenback weakened after the US non-farm payrolls missed market estimates and as trade war tensions continued a riff-raff momentum. In the week ahead, local mining and manufacturing data for July and business confidence figures for August are expected. On Monday, the rand was at R14.7710  to the dollar at 11:04.