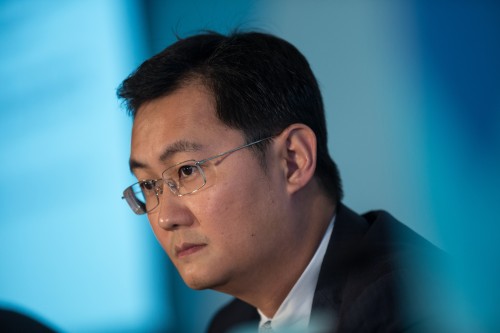 The founder of China’s Tencent Holdings, Pony Ma, said he plans to donate 100 million company shares, worth more than $2 billion, to the firm’s charity foundation in one of China’s biggest philanthropic pledges ever.

Ma, whose fortune is estimated to be about $18.8 billion, said the donation would go towards supporting medical, educational and environmental causes in China.

China has overtaken the United States as the country with the most billionaires, according to an October survey of the super-rich, but philanthropy has been slow to take off with wealthy people preferring to keep a low profile.

“After 10 years of exploration and participation in philanthropic activities, I increasingly feel that there is a need for a more longer-term, efficient and organised way to give back to society,” Ma said in a statement on Monday.

Ma’s pledge was probably the second biggest ever in China and bodes well for philanthropy in the country, said Wei Peiran, a non-resident research fellow at Harvard University’s Ash Center for Democratic Governance and Innovation who has studied charitable giving in China.

In an effort to makes it easier for Chinese people to donate money and to increase transparency surrounding the scandal-hit aid sector, China’s parliament passed its first charity law in March.

Wealthy entrepreneurs, like the two Mas, who are not related, could eventually shift their focus away from running their businesses toward philanthropic efforts, he said.

“There is no doubt that it’s going to be a boom for China in terms of philanthropy. These people have the business acumen and they know how to deal with the government … They have proved themselves in terms of getting things done,” said Wei.

The Tencent Foundation was established in 2007 and cooperates with other charity organisations, the company said.

Hong Kong-listed shares in Tencent, China’s largest social network and online entertainment firm, closed up 0.24 percent at HK$165.70 on Monday, making the donation worth about $2.1 billion. At around 0400 GMT on Tuesday, shares were down slightly at HK$163.70.

Microsoft co-founder Bill Gates and fellow billionaire Warren Buffett made headlines in 2010 when they asked 50 of China’s richest people to a philanthropy dinner. A third of them turned the invitation down, reportedly due to fears they would be pressed to donate money.