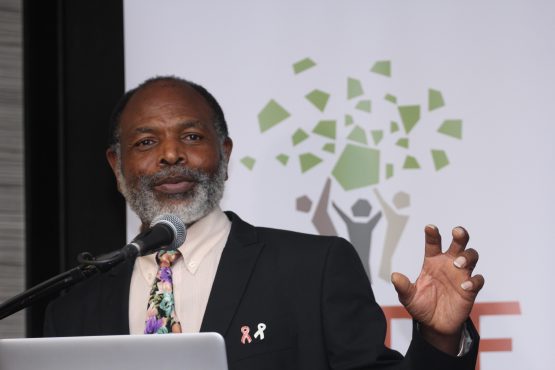 South Africa’s Government Employees Pension Fund is planning to invest more of its about R2 trillion in fixed-income and unlisted assets as the country faces a possible credit-rating downgrade by Moody’s Investors Service next year.

It’s also still seeking to increase its investments outside South Africa to reduce risk of overexposure to locally traded companies, GEPF Principal Executive Abel Sithole said Thursday at the release of its annual report for the financial year to the end of March.

South Africa’s economy unexpectedly contracted in the third quarter, which means full-year economic growth could be even lower than the 0.5% projected by the Treasury in October. The shrinkage raises the risk of a credit downgrade by Moody’s as soon as the first quarter of 2020. That would rank the country among the junk, or non-investment grade borrowers.

“One way to prepare for a downgrade is to start positioning the portfolio on the unlisted and fixed income side,” Sithole said. Even so, the pension fund can’t take “knee-jerk” decisions and needs to consider what is good for the country. Moves to take more money offshore would also not happen “overnight,” he said.

The GEPF has more than 90% of its assets invested in South Africa and taking more cash offshore could be a blow to South Africa’s listed companies. Meanwhile, increased investment in unlisted companies may help back new industries, Sithole said.

Buying more unlisted assets would need to be “done right,” Sithole said. The Public Investment Corp., the fund’s biggest manager, has been the subject of a judicial inquiry into whether the entity deviated from its mission to best safeguard pensions for more than 1.2 million South African state workers. The PIC has suspended staff that it says flouted governance and approval processes when making investment decisions, several linked to unlisted assets.

Meanwhile, Sithole said the GEPF has increased scrutiny of the PIC to ensure it has an “adequate line of sight in those areas where there has been concern over what has been done in the past.”

Unlisted entities .. hmmmm more scope for corruption as these things are opaque and no-one knows what their true value is in most cases. Also easy to slide a bit of “investment” to your friends ..

Ja like go for a few billion into VBS Bank 2

Huge “home bias” in the GEPF (90% invested in ZA). Responsible for the pensions of a large number of Government employees and the largest investor in ZA inc. What could go wrong? This is precisely what you do not want in investment management, which is correlated risks.

GEPF is also unsure of what their role is: is it to maximize returns for their members or is it socio-economic development, as suggested by Sithole? The two are not the same. Trying to do both will result in sub-optimal outcomes.

This movie does not have a happy ending.