Demand for thermal coal is high in China.
By Praveen Menon and Clara Denina, Bloomberg 2 Jun 2022  14:09 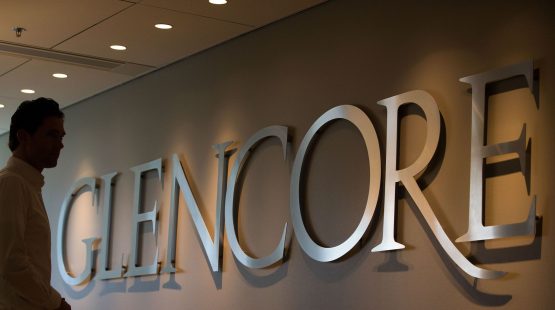 Glencore is likely to reject a $3.60 per share Chinese offer for its minority stake in coal producer Yancoal Australia as too low, two sources with knowledge of the matter said.

Yankuang Energy Group made an offer last week to acquire the 37.7% of Yancoal it does not already own at a discount to the current market price, in a deal worth $1.8 billion.

The offer is “unacceptable” for Glencore, which holds a 6.4% stake in Yancoal, because it “significantly undervalues” the stock, said one of the sources, who did not want to be identified as the discussions were private.

Demand for thermal coal, the most polluting fossil fuel burned to generate electricity, is high due to power shortages in China and a European gas squeeze further exacerbated by Russia’s invasion of Ukraine.

Glencore’s acceptance is critical for Yankuang to get close to the 90% ownership threshold which, according to Australian rules, would allow it to acquire all the small number of shares owned by retail and institutional investors and take Yancoal private.

Glencore would be willing to sell its stake at the right price, the source said, without specifying what that would be.

Yankuang currently holds 62.2% of Yancoal, while China Cinda has 15.9% and Shandong Lucion Investments Holdings holds 4.9%, according to Refinitiv data.

Analysts and brokers in Australia criticised Yankuang’s offer as “low ball”, as it is at about a 15% discount to Yancoal’s current stock price of A$5.50 ($3.95).

“We would be very surprised if the independent directors of Yancoal accepted that offer from the parent given it’s a low indicative bid and transfers value from a low risk ASX (Australian Securities Exchange) listing where all Yancoal’s assets are to a far riskier convertible in mainland China,” Angus Aitken at stockbroker Aitken Mount said in a note to clients.

The potential deal presents an opportunity for Australia’s new prime minister, Anthony Albanese, who is looking to improve the country’s ties with China which deteriorated sharply under the previous government.

China unofficially banned Australian thermal coal imports in the first of a series of trade measures in retaliation for worsening diplomatic ties. Chinese investment in Australia plummeted under the previous government.

Yankuang’s offer will likely need to be assessed by Australia’s Foreign Investment Review Board (FIRB) and signed off by the new treasurer, Jim Chalmers.