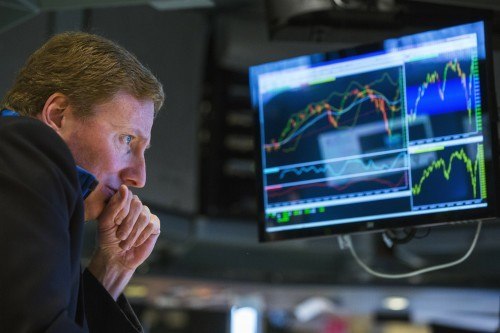 The state of the U.S. labour market in March will consume economists and investors in the week leading up to Easter, adding to the seesaw debate over when the Federal Reserve will spring its first interest rate hike.

Fed Chair Janet Yellen made it clear on Friday that the U.S. central bank is likely to start raising borrowing costs later this year, adding that continued improvement of the labour market would be an important factor in deciding when to move.

Labour market data are therefore likely to be the highlight of the economic week, providing a further signal to the Fed on the health of the U.S. economy and its capacity to withstand rate rises.

The ADP National Employment Report, which focuses only on the private sector and is due on Wednesday, may provide a foretaste of the big event — non-farm payroll numbers on Friday.

Yellen said a significant pickup in core inflation was not a precondition for the Fed to pull the trigger on rates. Nevertheless, inflation remains stubbornly low, although consumer prices did rebound in February as the cost of gasoline rose.

For many economists the focus on Friday is less the jobs figures than average earnings, which are seen picking up after a muted 3 cent per hour rise in February.

A spate of weak U.S. economic data at the start of the year, from retail sales to business spending, has prompted economists to scale down their growth views and push back to September their expectations of a first rate hike since 2006.

Bullish economists say a harsh winter, a now settled labour dispute at the country’s busy West Coast ports and a natural moderation from a strong middle of 2014 imply the slowdown is just a temporary ripple.

However, there are some that cite the lack of wage pressure as a sign that the recovery is not complete and a strong dollar as a future threat.

The euro briefly passed $1.10 last week, having dropped just below $1.05 before the Fed’s March meeting, when it downgraded its economic growth and inflation projections, pouring cold water on investor expectations of a June rate hike.

“I’m still in the June camp,” said UniCredit’s Chief U.S. economist Harm Bandholz. “But it’s been a weak Q1 and the Fed wants certainty that this it’s transitory and not related, for example, to the dollar.”

In Europe, euro zone finance ministers will need to give their blessing to Greece’s long-awaited list of reforms if Athens is to secure further aid and stave off bankruptcy.

Rating agency Fitch cut Greece’s credit status on Friday due to uncertainty over the timing of the release of aid.

For the euro zone as a whole, the main data point will be March flash inflation due on Tuesday.

Since a record-equalling consumer price fall of 0.6 percent in January, the year-on-year inflation rate is seen pulling back to minus 0.1 percent in March.

Consumer and business sentiment figures on Monday should show the single currency bloc is steadily improving.

Indeed with low oil prices and a weak euro driving consumption and exports, there are some already questioning whether the European Central Bank will need the full 1 trillion euros ($1.09 trillion) of its bond buying programme.

“If it’s not only euro zone activity firming up, but inflation troughing too, you’d have to ask if the ECB will continue until 2016,” said ING chief international economist Rob Carnell. “Inflation does matter. We might need a couple of months, but this could be the first step.”

Finally, the health of the Chinese economy should become clearer after official National Bureauof Statistics numbers on Wednesday and final HSBC/Markit purchasing managers’ index data on Wednesday and Friday.