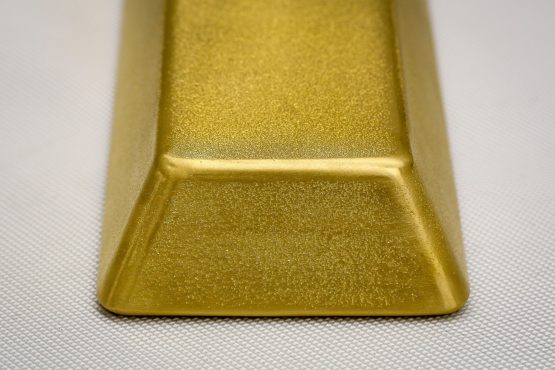 Gold declined as Treasury yields reached their highest since January 2020, continuing their climb after being briefly held back by the Federal Reserve’s dovish words.

Fed Chair Jerome Powell and his colleagues remained dovish at the end of their meeting Wednesday, despite upgrading their US economic outlook and mounting inflation worries in financial markets. While more Fed officials saw an earlier start to the withdrawal of ultra-easy monetary policy, Powell stressed this remains a minority view.

That message helped briefly stem the relentless rise of Treasury yields, which have been putting pressure on non-interest bearing gold this year. The haven has made a weak start to 2021 as investors position for the end of the pandemic. A resurgent dollar, driven by expectations that US growth will outpace gains in other countries this year, has also hurt bullion. 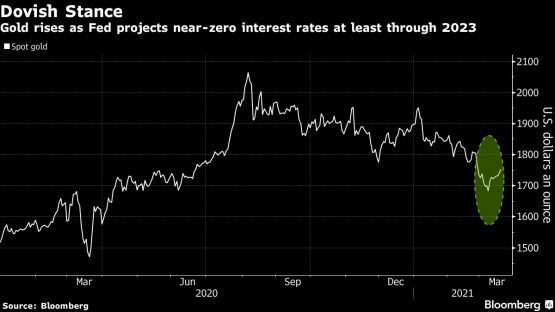 Powell said price increases this year are likely to be transient and won’t mark progress toward the Fed’s long-term goals. He added that current monetary policy is appropriate and there’s no reason to push back against the surge in Treasury yields.

“Gold has, despite the outlook for higher inflation as the Fed allows the economy to run red hot, traded lower today as yields continue to climb,” said Ole Hansen, head of commodity strategy at Saxo Bank A/S. The Fed allowing inflation to rise should support a turnaround, “but first we need to scale $1,765 an ounce which has become a level that many are watching,” he said.

Meanwhile, exchange-traded funds have now cut their holdings for 22 consecutive days, the most on record. The selloff from ETFs, which helped gold touch its record price in August, has proved a major headwind for bullion this year.