Gold gets ‘groove back’ as central banks seek to bolster growth Gold jumped after the Federal Reserve cut its benchmark interest rate by a full percentage point to near zero, sending US equity futures tumbling, and pointing to another volatile week as markets brace for more moves from the world’s central banks.

Bullion climbed 3% as the US central bank moved to cushion the economy from the fallout of the coronavirus. Prices fell the most since 1983 last week as investors rushed to raise cash to cover losses in other markets, while a stronger dollar also curbed the metal’s appeal. The Fed announced several other actions, including letting banks borrow from the discount window for as long as 90 days and reducing reserve requirement ratios to zero percent. Wild swings across markets have become an almost daily occurrence as investors assess the efficacy of actions by authorities to contain the virus pandemic. US equity futures dropped about 5%, hitting limits on trading, after stocks climbed more than 9% on Friday, while the yield on 10-year Treasuries declined more than 30 basis points.

“Gold is slowly getting its groove back,” Edward Moya, a senior market analyst at Oanda, said in a note. “Prices will ultimately benefit from all this global monetary and fiscal stimulus. Gold should grind its way back above $1 600 an ounce after we see all the other central banks ramp up their efforts this week.”

Lower rates typically boost the appeal of gold, which doesn’t offer interest. Fed chairman Jerome Powell said policy makers must do what they can and economic growth is likely to be weak in the second quarter, while reiterating his opposition to negative interest rates.

Elsewhere, New Zealand’s central bank also cut rates in an emergency move, while the Reserve Bank of Australia will announce further policy measures on Thursday. The Bank of Japan meets Monday after bringing forward its meeting scheduled for later this week.

Governments worldwide continue to work to slow the spread of the coronavirus, including closing schools and restaurants. The US Centres for Disease Control and Prevention recommended postponing any events with more than 50 people for the next eight weeks.

Iron ore rose 0.6% in Singapore as China reported record steel production for the first two months of the year. The advance follows two weeks of gains amid expectations for stimulus in China, and signs that the virus spread within the country is coming under control. At the same time, shipments from Brazil have been severely restricted by heavy rains, and disruptions are seen continuing for a few weeks, according to IHS Markit. Steinhoff had said it was evaluating options for the business. 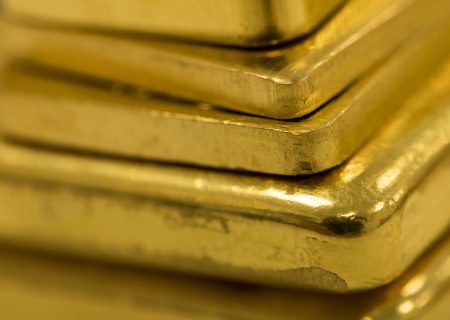