Gold heads for the longest stretch of gains in 8 years 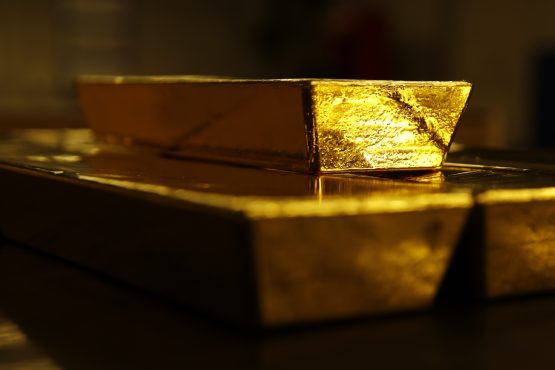 Gold is headed for the longest stretch of weekly gains since 2011 as investors count down to the release of a highly-anticipated US jobs report that could provide clues on the Federal Reserve’s interest rate path.

Bullion’s higher for the seventh week as investors bet on looser policy from the central bank after signs of a slowdown. The non-farm payrolls data later Friday is projected to show a rise of 160 000 in June, and while that would up from 75 000 a month earlier, it’d be lower than the rise a year earlier.

It would take an “absolute blockbuster” result to change the view that the Fed will cut rates at its next meeting, said Chris Weston, head of research at Pepperstone Group in Melbourne. Lower rates tend to benefit bullion.

Gold is trading near a six-year high as central bankers in top economies turn more dovish, with geopolitical and trade tensions also spurring demand. Veteran investor Mark Mobius said prices could top $1 500 an ounce, citing lower interest rates among the factors that are supporting bullion. Holdings in bullion-backed exchange-traded funds are near the highest since 2013.

“People obviously look at gold as a play on real rates,” Weston said in a Bloomberg TV interview on Friday. “People are looking at the idea that we’re going to have this clear path of central-bank easing. The old cliche of putting 5%-10% of your portfolio in gold is something that we’ve been advocating for some time and that allocation can probably be taken up a little bit there.”

A gauge of the greenback steadied after dropping for three days. US President Donald Trump has accused both Europe and China of weakening their currencies to gain a competitive advantage in trade, and has repeatedly complained about the dollar’s strength. He’s also attacked the Fed for refusing to cut rates.

“Can you actually genuinely pick a G-10 currency that you say that’s really attractive right now?” Weston said. “I don’t think you can, and I think gold’s been working as that kind of best house in a pretty shabby-looking neighborhood. We’re getting to the point where the US dollar is going to slowly grind down.”