Gold investors are betting that it’s 2008 all over again 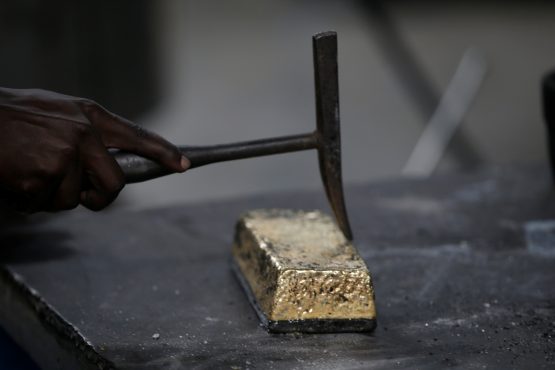 Prices are under pressure as investors sell metal in hunt for cash. Image: Reuters

Gold’s haven reputation took a serious beating, with prices tumbling as investors sought to free up cash amid a broad and devastating market rout.

Sure, it’s the story of gold for much of this month. But that’s only half the answer. It’s also a scenario that played out in the depths of the 2008 global financial crisis, right before gold started a years-long rally that culminated in the 2011 price record still in place today.

For many analysts and investors, the parallels with 2008 suggest there’s a good chance that gold will bounce back strongly after this month’s pummelling. “If its price trajectory proves similar to 2008, we could see the precious metal’s benefits resurging as market stress continues to assert itself,” said Catherine Doyle, an investment specialist in the real-return team at Newton Investment Management. “We continue to have significant exposure for this very reason.”

Spot gold rose 1.4% on Tuesday, after the Federal Reserve announced a massive second wave of initiatives to support a shuttered US economy. Prices have still dropped about 7.5% from a peak on March 9, amid wild price swings. In late 2008, gold lost more than 20% over a month to bottom out near $700 in November, before haven buying returned. 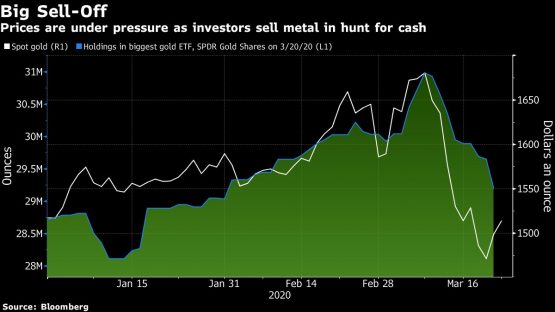 While there’s concern that the impact on the global economy from the coronavirus could be worse than the last global financial crisis, many also expect a bigger policy response.

Another similarity with 2008 is that, while gold has fallen in recent weeks, the drop has been far outpaced by declines in equity markets and other commodities, so its relative purchasing power has risen, said Matthew McLennan, head of the global value team at First Eagle Investment Management, which manages about $101 billion in assets.

“When the Fed progressively removes liquidity fears, provides forward guidance on rates, and when it possibly even controls the yield curve, and the economic softening is observable across the whole economy, the potential hedge value of gold can reassert itself powerfully,” he said.

And while inflation expectations are plunging, fiscal authorities are likely to act aggressively, McLennan said.

“The world at large has little appetite for deflation,” he said.

Central banks from the Asia Pacific to Europe have already pledged to spend billions of dollars and implemented new policy steps. The US has drawn up plans for a $2 trillion stimulus, although the process stumbled after Senate Democrats voted to reject the latest version of the legislation.

Still, gold may have further to fall before it’s ready to rebound, assuming macro markets follow the playbook from the global financial crisis, Citigroup Inc. analysts said in a report Monday. They see the potential for the metal to touch fresh nominal highs above $2 000 an ounce in 2021.

“But for now, many market participants may be repeating the mantra of ‘cash is king,’ and in particular the King Dollar.”

Appears that both the Rand & Gold price is being manipulated if the gold usd price & zar/usd trends are observed. these times should be used to lift poor nations out of their financial troubles.