Gold is the new obsession for east Europe’s nationalist leaders 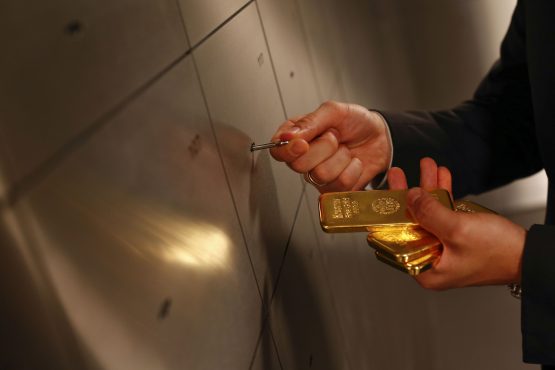 Gold is all that nationalist leaders in Europe’s east can talk about these days.

Just this week, Poland’s government touted its economic might after completing the repatriation of 100 tons of the metal. Over in Hungary, anti-immigrant Prime Minister Viktor Orban has been ramping up holdings of the safe-haven asset to boost the security of his reserves.

The gold rush mirrors steps by Russia and China to diversify reserves exceeding $3 trillion away from the dollar amid flaring geopolitical tensions with the US Motivations in Europe’s ex-communist wing, however, can vary.

Take the latest example. Former Slovak Premier Robert Fico, who has a real shot at returning to power, urges parliament to compel the central bank into bringing home gold stocks stored in the UK

The reason? Sometimes your international partners can betray you, Fico said, citing a 1938 pact by France, Britain, Italy and Germany allowing Adolf Hitler to annex a chunk what was then Czechoslovakia, and — more recently — the Bank of England’s refusal to return Venezuela’s gold stock over political differences.

“You can hardly trust even the closest allies after the Munich Agreement,” Fico told reporters. “I guarantee that if something happens, we won’t see a single gram of this gold. Let’s do it as quickly as possible.”

His comments came despite the UK being one of Slovakia’s closest allies after the Soviet empire crumbled, helping ease the path to European Union and NATO. Fico said Brexit and the risk of a global economic crisis put Slovak gold stored in Britain in a dangerous situation.

The gold Poland brought back also came from the UK, though there was no questioning of Britain’s reliability by central bank Governor Adam Glapinski.

Instead, he said he wanted to demonstrate the strength of his nation’s $586 billion economy — the largest in the EU’s east. Poland has doubled its gold holdings in the past two years and now has the region’s biggest stockpile.

Hungary, though, has been an active buyer too. Gold reserves surged 10-fold last year, setting the clamour for the metal in the countries around it in motion.

Serbia’s strongman leader Aleksandar Vucic took note, ordering the central bank to boost reserves and prompting the purchase of nine tons in October. Vucic said last week that more should be bought because “we see in which direction the crisis in the world is moving.”

Romania had also sought to relocate some of its gold reserves from the UK, but those plans were put on hold when the government behind them was ousted in October.

For the no-nonsense leaders that have come to dominate eastern Europe, the main benefit may be the message to voters that hefty holdings of the precious metal conveys.

“Gold is a symbol,” said Vuk Vukovic, a political economist in Zagreb. “When states purchase it, people everywhere see it as a sign of economic sovereignty.”

At a London summit on Dec. 4 marking NATO’s 70th anniversary, leaders of the 29 member states will try to put on a show of unity but face questions about the future of the U.S.-led alliance.

Washington’s allies in Europe and Canada are uncertain what to expect from Trump after he criticized Germany at a NATO summit in July 2018 and mulled quitting the alliance before praising it and taking credit for promised reforms.

Since then, Macron has also vented his frustration, over what French diplomats say is NATO’s lack of coordination at a political level and a failure to tackle taboo subjects. In Macron’s words, NATO is “experiencing brain death (as reported by Biz news earlier)

Of course they are anti-gold. You can fool the suckers with derivatives,futures and leverages etc but a kilo of gold is a kilo of gold.

What about the Dutch Central Bank that stated via a tweet that gold will be the basic trust that will be needed to restart the financial system should something bad happen?