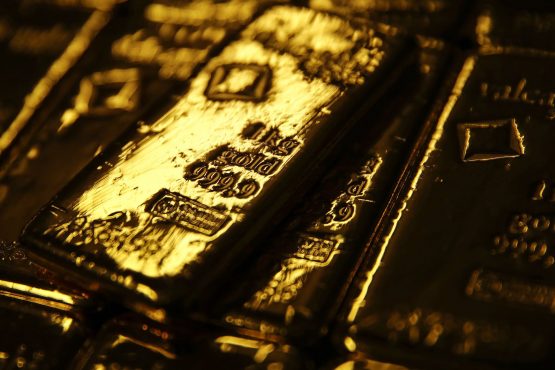 Gold opened the third quarter with a slump back below $1 400 an ounce after the US and China agreed to a truce in their trade war, dealing a blow for now to havens that were bolstered in recent months by the long-running tensions as well as prospects for looser monetary policy.

Prices fell after Donald Trump and Xi Jinping’s meeting over the weekend, at which the leaders of the two largest economies agreed to resume negotiations. Still, the setback may be temporary as investors now train their focus on US jobs data due Friday for clues on the Federal Reserve’s next move on policy. Bullion hit a six-year high last week as the trade war dragged on, top central banks including the Fed adopted a more dovish tone, and tensions spiked between the US and Iran. Driven by speculation that US interest rates may soon be headed lower, investors plowed into bullion-backed exchange-traded funds, which swelled 5% in June, the most since 2016.

“Certainly this morning, we’re seeing some weakness,” Daniel Hynes, commodity strategist at Australia and New Zealand Banking Group, told Bloomberg Television. “But I do think the outlook for rates in the US in particular has been a real driving force. So we’re quite positive toward gold, we think this abatement in the US dollar strength and potential rate cuts in the near term will certainly continue to boost investment demand.”