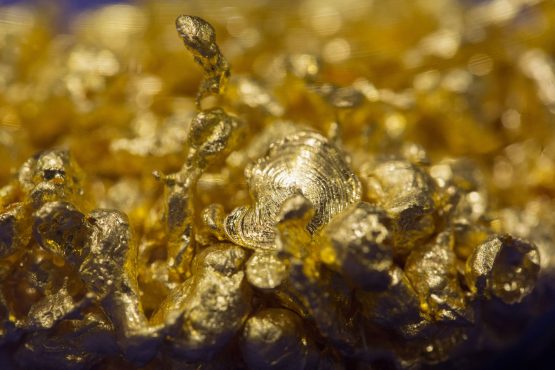 Gold headed for its first gain in five sessions as US Treasury yields ebbed and the dollar declined, reviving demand for the metal as an alternative asset.

The Bloomberg Dollar Spot Index fell as much as 0.6% on Tuesday, while long-end Treasury yields reversed their advance as a reopening sale of 10-year notes received a solid reception. Gold also got help from increasing inflation expectations as President-elect Joe Biden is set to release plans for a multitrillion-dollar stimulus package.

Bullion has wavered in 2021 after posting the biggest annual gain in a decade on the back of the coronavirus crisis, vast stimulus and rising haven demand. Some analysts say the slump may prove temporary as virus aid and mending economies fuel inflation concern. The metal, which reached a record $2,075.47 an ounce last year, is often seen as a hedge against rising consumer prices.

“We think the market will see a continued allocation into gold particularly as inflation risks are materialising,” Suki Cooper, a precious metals analyst at Standard Chartered Plc, said in an interview with Bloomberg Television Tuesday. “So we think over the course of the first quarter is when we’ll see a retest of that $2 000 point.” 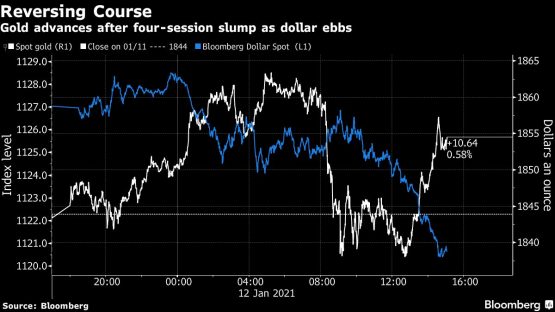 One possible headwind for the gold market is the possibility of further gains in Treasury yields, which reduce demand for non-interest-bearing assets such as bullion. Federal Reserve officials are saying that more fiscal support and the distribution of vaccines may lead to a strong US economic recovery in the second half of the year, setting the stage for a discussion about tapering of bond buying before year-end, and even an early rate hike.

“This would be considerably earlier than previously expected, further fuelling the upswing in yields,” Carsten Fritsch, an analyst at Commerzbank AG, said in a note. It remains to be seen whether early tightening is the majority view of the Fed, he said.