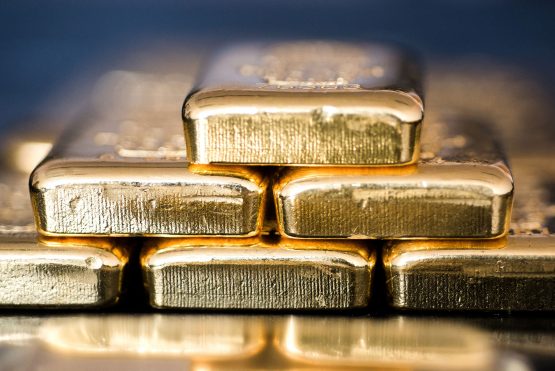 An index of South African gold producers dropped the most in more than two months as investors’ reduced concern about trade tensions caused haven demand for bullion to ebb and a stronger rand reduced the stocks’ appeal.

The FTSE/JSE Africa Gold Index fell as much as 5.2% in Johannesburg. It had advanced for 9 days, the longest winning streak since January 2008 before Monday’s session. The sustained gains pushed the sub-sector gauge’s 14-day relative strength index to 81 on Friday, well above the level of 70 that signals technically “overbought” conditions. “The weakness you are seeing is probably on the combination of a softer gold price, due to a trade deal being reached by the US and Mexico, and a stronger rand,” said Henre Herselman, a derivatives trader at Johannesburg-based Anchor Securities. Some money managers may be locking in profits, with some risk appetite returning, he said.

Gold fell the most in two months after President Donald Trump suspended his plans for tariffs on Mexico, snapping an eight-day winning streak and following the biggest weekly gain since 2016. The rand strengthened for a second day, dulling the allure of South African producers whose costs are in the local currency, but who sell their output in dollars.