Goldman: Here are the stocks to own and avoid when the Fed is hiking rates 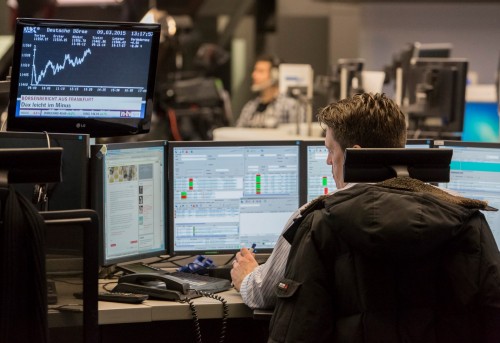 Goldman Sachs economists may not expect the Federal Reserve to raise interest rates until December, but the bank’s equity strategists are already preparing clients for what would be the first hike in nearly a decade.

In a note published late last week, David Kostin and his team laid out the stocks you want to own and avoid when interest rates rise. Goldman’s strategy hinges on identifying companies that might be least affected by the rate hike and those that are more likely to feel the pain of higher financing costs.

Oddly enough, at least one company — Apple — makes it into both categories.

In general, the team found that so-called “quality” stocks, or those with strong balance sheets, are the outperformers in the three months after an initial rate hike. Following the first rate hikes in 1994, 1999, and 2004, companies boasting stronger balance sheets outperformed by 5%, on average.

Here’s a look at some of the stocks that Goldman recommends in its “High Quality Stock basket.”

In terms of stocks to avoid, Kostin and his team say it’s companies with lots of floating-rate debt, since their financing costs are likely to increase once the Fed finally moves away from zero-bound interest rates.

When the tightening cycle finally starts, the immediate impact will be felt by firms with high proportions of variable rate borrowing. Stocks with high floating rate debt as a share of total debt outstanding with Sell ratings by Goldman Sachs equity research analysts include Colgate-Palmolive, Rockwell Collins, and Johnson & Johnson.

Goldman says that its list of 50 companies in the S&P 500 with the highest amount of floating-rate debt has lagged the GS Financial Conditions index by 300 basis points over the past year. In a sense, the analysts argue, tighter financial conditions brought about by the stronger U.S. dollar and all that recent market turmoil, are already acting like an official rate hike in that they create higher financing costs for companies.

So which companies have the highest share of floating rate debt?

Here are some of the most notable names on Goldman’s list.

There are a few companies that made their way onto both lists including, as previously mentioned, Apple.

As David Schawel, portfolio manager at Square 1 Bank, points out, it’s certainly possible for a company to have a strong balance sheet as well as a higher amount of floating-rate debt. “A company could have a terrible balance sheet and have floating debt, or could be swimming in cash like Apple and have it too,” he said.