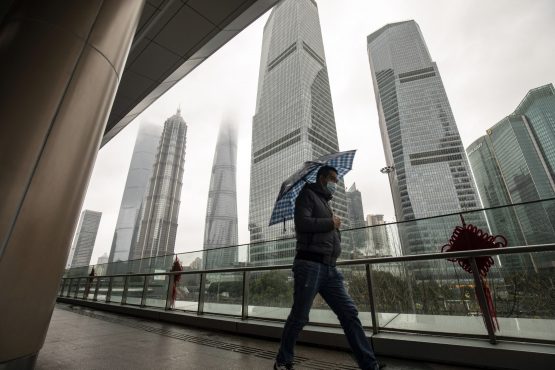 Stocks, bonds and currencies from emerging economies stand to reap the rewards of a potential peak in the US dollar, according to Goldman Sachs Group Inc.

An almost 3% slump in a key gauge of the greenback since a high point in mid-May suggests a rebound in developing markets, which tend to outperform the rest of the world in the months following a cyclical dollar peak, according to Caesar Maasry and Jolene Zhong.

“Weak US dollar cycles tend to bode positively for emerging-market assets,” they wrote in a Thursday note to clients, pointing to attractiveness in the MSCI China Index and early-cycle emerging markets in Southeast Asia. Some money managers, including at Fidelity and T Rowe Price Group, are also highlighting potential buying opportunities, given better valuations.

There are other signs of investors returning to emerging markets. A three-times leveraged China stock ETF saw a record volume surge Tuesday and Wednesday, almost six times the daily average. The Indonesian rupiah has advanced around 0.6% this week, touching a one-month high, while the South Korean won and offshore yuan have both gained 1.3%.

Of course, it isn’t a perfect science. Typically emerging-market growth data “bottoms” around a peak in the dollar, and equity valuations often trade at greater discounts to the S&P 500, according to Goldman. Dollar peaks also tend to occur around recessions, the strategists wrote.

“Given the nature and sequencing of the Covid crisis and reopening aftershocks, the past few months can be characterised as falling EM growth forecasts with outperforming growth differentials,” Maasry and Zhong wrote. It’s “an unusual occurrence.”

“It works as a safe haven when US demand is slowing, the US economy is going into recession or growth is coming down,” Zach Pandl, strategist, said in an interview with Bloomberg Television. “We really think that the Japanese yen is the safest currency to be in in this highly uncertain, volatile both macro and market environment.”