Fund managers aren’t the only ones feeling the tailwind from gold’s rally to a six-year high.
Marvin G Perez and Justina Vasquez, Bloomberg  26 Jun 2019  06:36 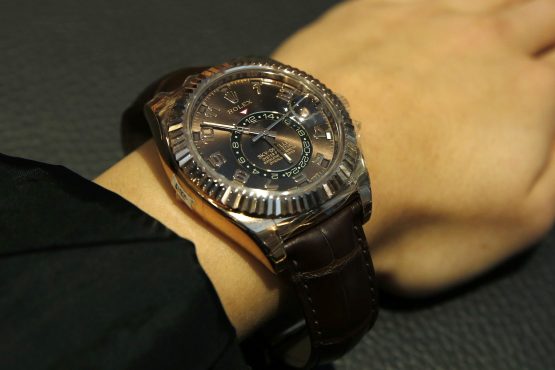 Fund managers aren’t the only ones feeling the tailwind from gold’s rally to a six-year high.

Empire Gold Buyers saw business activity climb to the highest since 2011, when the precious metal traded at a record, CEO Gene Furman said. At House of Kahn Estate Jewelers, trading of old jewelry is up by almost half since last week, when the Federal Reserve signalled its openness to cut interest rates, propelling bullion prices higher, the company’s president Tobina Kahn said.

Refiners and recyclers of the precious metal are riding the rally as investor interest returns to gold after years of languishing mostly below the $1 350 an ounce level. About $4.9 billion was added to exchange-traded funds linked to the bullion this month, buoyed by a record daily inflow into SPDR Gold Shares, the largest in the commodity space.

“People are coming out of the trenches,” said Furman, the chief executive officer of New York-based refiner Empire Gold which buys old jewelry for recycling and refining. “Cartier, Rolexes, Tiffanys, Van Cleefs: we see an uptick in the luxury market because people need to raise money.” Gold climbed for a sixth straight session to settle at $1 423.44 an ounce in the spot market in New York Tuesday. Prices rallied as the S&P 500 index fell the most in more than three weeks. Mounting speculation the Fed may cut US borrowing costs this year made non-interest bearing bullion more competitive, helping sustain the metal’s rally to the highest since 2013.

Speculators are also piling in. The aggregate open interest, a tally of outstanding gold futures contracts on Comex, is up 26% this month, the most in almost two years. ETF holders added almost 86 metric tons to their assets this year, according to data compiled by Bloomberg. Prices could rally above $1 600 an ounce, mirroring the pace of gains in 2016 — with ETF holdings climbing by 800 tons in the year through September — should developed markets continue to underperform, Goldman Sachs Group Inc. analysts including Sabine Schels said in a note Tuesday.

“The tides are turning big time,” Kahn said in a telephone interview Monday. “As a gemologist, I’m a buyer, if I can see that gold is continuing to go up, I’m more confident about paying more for it than having it go down.”

This article is a load of hogwash. Anyone who sells their ‘old Rolex’ for the gold content is clearly a moron. The value of a Rolex and other high- end watches are not based on their gold content, for crying out loud. Unless of course these watches are stolen.