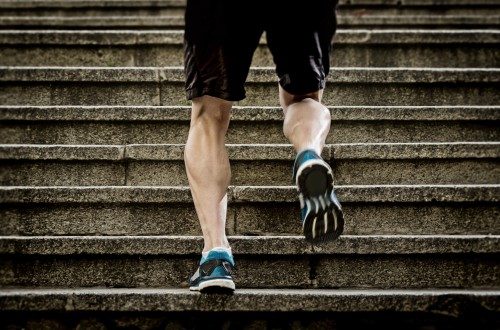 Update: Note that government has since backtracked and decided that allowing people to exercise outside their homes “does not add any value in implementing the lockdown.”

Health Minister Zweli Mkhize had some good news for runners, walkers and dog owners as the nation heads into a three-week lockdown to curb the spread of the coronavirus: they will still be allowed outside to exercise.

“There shouldn’t be a problem with that,” Mkhize said in an interview with the South African Broadcasting Corp. on Wednesday. “We want to avoid large numbers of people moving” around and coming into contact with each other, he said.

With many sporting events in South Africa and around the globe cancelled or postponed due to the pandemic, the talking point on local runners forums is whether the annual Comrades Marathon will go ahead on June 14. With 27 500 entries for this year’s event, the race over 90 kilometres, or 56 miles, is the world’s biggest ultra marathon. The organisers said they will make a final decision on April 17.

President Cyril Ramaphosa announced on March 23 that the lockdown will come into effect at midnight on Thursday. He said people will only be allowed to leave their homes to go shopping, collect welfare grants and seek medical care — unless they provided an essential service.

About 16 million people commute daily on congested trains and minibus taxis, and the government wants to reduce their risk of contracting the coronavirus and transmitting it.

The number of confirmed infections in South Africa rose 28% to 709 by late Tuesday, though there haven’t been any fatalities. Five people have recovered and most others are doing well, with just two in intensive care.

The country is in the very early stages of the pandemic and an increase in infections is expected, according to Mkhize. More than 12 000 tests have been conducted so far, and efforts to do more have been constrained by a lack of kits but the problem should ease by next week, he said.

Minista…. We either in a lockdown or we not.

Make up your MIND!

If we can go to shops and malls to buy food, with many people present, what is so bad to go to a park for a walk? Or a walk in the empty streets?

It sends the wrong signal to the Population… that we allowed to bend the rules…. that we can socialize.
It also shows that the Government is not serious about this Virus and its spread

I guess South Africans …. will only learn the hard way when the crap hits the fan…ask the Italians … they have fun at the moment.

Thank heavens we are allowed to get out a bit…Iove my wife, but not that much.

Plus during this time of need there are other people that need attention. Nudge, nudge wink, wink.

Unfortunately, not gonna work now, is it? You gotta Plan B?

That was yesterday. Infections should be around 900-1,000 TODAY (…we’ll check tomorrow’s news).

Thank goodness, I was already picturing myself running laps in the yard to meet my vitality active goals.

I also want to add, I live in a sparsely populated area, with woodslike trails around my house, I very seldom meet people on these trails, and I am pretty sure they will now be completely empty.

If I lived in a densely populated area I would have done by bit by only cycling inside.

So help please. My wife and I walk early mornings in our quite neighbourhood 4 times a week. Is this allowed?

What nonsense are you asking. If you are isolated when running, how do you spread it.

What on earth made you think anyone involved in this charade has any sense.

As it is, a study in the Medical Faculty at Southern Wuhan Univesrity has indisputabel scientific evidence that the Covid-19 virus cannot stay alive below 100cm from the surface of the earth. This is because the invisible seismic radiation from the core of the earth kills the virus instantaneously. Further proof of this is that small chidren are rarely effected by the virus.

The WHO has thus issued a global health recommendation for immediate implementation that ayone taller than one meter should from now on walk on their hands and feet wherever they go to prevent infection.