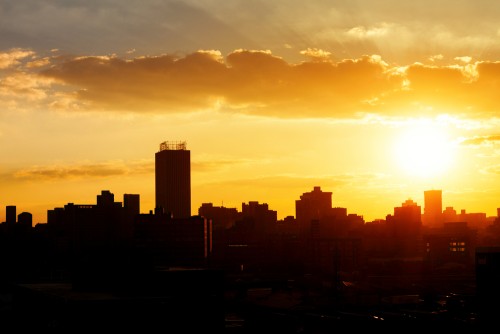 A heatwave in South Africa is intensifying, with temperatures forecast to reach 38 degrees Celsius (100 degrees Fahrenheit) in Johannesburg on Thursday, causing dam levels to drop as the country experiences its most severe drought since 1992.

Seven towns and cities, including Kimberley in Northern Cape province, posted record-high temperatures on January 4, according to data e-mailed by the South African Weather Service.

Even with water restrictions in place across most of the country, South African dams were only 57% full in the week ended January 4, compared with 82% a year earlier, Department of Water Affairs data show.

Pretoria, the capital, will experience 41-degree heat on Thursday, according to the weather service. Rain and lower temperatures are predicted for both Pretoria and Johannesburg by the weekend.