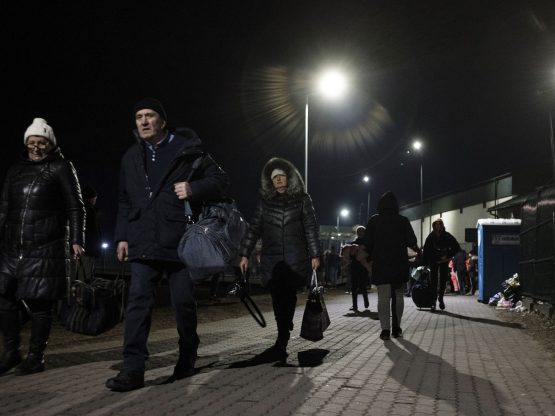 The International Monetary Fund approved a $1.4 billion emergency loan for Ukraine to bolster the nation’s economy, citing severe human suffering and forecasting a deep recession this year after Russia’s invasion.

The money, approved by the lender’s board on Wednesday, comes from the Rapid Financing Instrument, the IMF said in a statement. That means that it comes mostly without the conditions on the borrower country normally required by the fund.

While Ukraine’s growth outlook is subject to extraordinary uncertainty, the economic consequences of the war are already very serious, with more than 2 million refugees in less than two weeks and large-scale destruction of key infrastructure, the fund said.

“The Russian military invasion of Ukraine has been responsible for a massive humanitarian and economic crisis,” IMF Managing Director Kristalina Georgieva said in the statement. “The tragic loss of life, huge refugee flows, and immense destruction of infrastructure and productive capacity is causing severe human suffering and will lead to a deep recession this year. Financing needs are large, urgent, and could rise significantly as the war continues.”

The IMF and its board expressed its strong support and deepest sympathy for the Ukrainian people and will remain closely engaged with the nation’s authorities, Georgieva and the fund said.

Ukrainian officials canceled their existing stand-by arrangement with the fund, which had $2.2 billion remaining to pay out. Board members last month had questioned whether they had leeway under fund rules to approve more disbursements from that loan based on the political and economic uncertainty caused by the war, people familiar with the matter said at the time.

Ukraine’s prior program, which was for $5 billion and had already paid out $2.8 billion since 2020, included pledges to safeguard central bank independence and tackle corruption. The IMF said Wednesday that Ukrainian authorities have expressed their interest to work with the fund to design an economic program aimed at rehabilitation and growth when conditions permit.

The fund on Saturday warned that the war and the subsequent sanctions imposed on Russia will have a “severe impact” on the global economy. Ukraine will face “significant recovery and reconstruction costs,” the IMF said, noting that “substantial” economic damage had already been wrought by the war.

The IMF approval comes after the World Bank on Monday announced a package of more than $700 million in emergency financing pulled together with help from nations to fund Ukraine’s essential services as its army and citizens battle invading Russian forces. The development lender said that it’s preparing a $3 billion support package for Ukraine in the coming months and additional support to neighbouring countries receiving refugees.