A scintillating week for the Anglo stable
Looking at Amplats, Tiger Brands and Liberty Two Degrees
Why Tesla is no longer a startup
CLICK THIS COMPANY MORE COMPANY NEWS SENS
AMPLATS 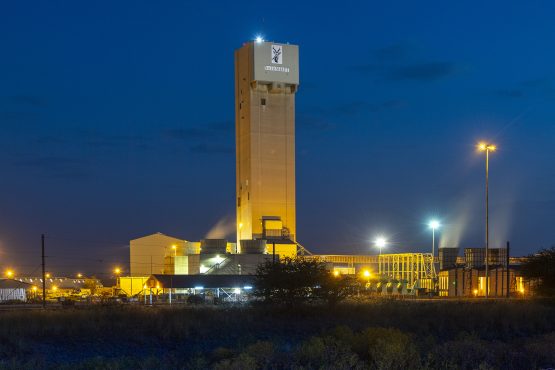 Impala Platinum will delay cutting thousands of jobs and closing some capacity at its main South African mine due to operational improvements and higher commodity prices, two sources with direct knowledge of the matter said.

One of the world’s largest producers of autocatalyst materials platinum and palladium, Implats is overhauling its Rustenburg mine, which is its largest. Operational inefficiencies at Rustenburg have for years undermined Impala’s profits.

“Revenue is up,” one of the sources said, adding that mines that were going to close were now making money or will soon be making money.

Implats will delay closing Rustenburg’s shaft 12 by one year and shaft 9 by about six months, the source added.

Implats declined to comments ahead of its full-year results on Thursday.

Last year, Implats said plans to restructure Rustenburg would cut about a third of the mine’s workforce – more than 13 000 jobs – over two years, and reduce the number of active shafts to six from 11, which would have cut the company’s output by about a third by 2021.

Both platinum and palladium are mainly used in autocatalysts to cut noxious emissions from fossil-fuelled cars.

Large surpluses of platinum and shrinking demand, particularly since Volkswagen’s “dieselgate” scandal in 2015 saw platinum prices crash to $751.25 an ounce last year, a far cry from peaks above $2 000 a decade earlier.

But platinum has risen 30% from those lows, with prices shooting up to around $1,000 in recent days, and palladium prices have jumped more than 80% over the same period to around $1 550 an ounce.

A more than doubling this year in the value of rhodium, a byproduct of platinum, to above $5 000 an ounce and a weak rand against the dollar have also helped boost earnings at South African miners.

However, Impala’s older shafts running out of ore to mine and reaching the end of their natural lives make a complete reversal of the closure plan impossible, the sources said.

Attempts to sell Rustenburg’s shaft 1, the only one put up for sale by Implats, did not attract any credible bidders, the sources said, and the mine will be contracted out.

Implats has already cut about 2 000 jobs, the sources said.

A presentation seen by Reuters shows half the shafts at the Rustenburg operation have swung to a full year profit, including those slated for closure. The company is also considering using more contractors to mine some shafts, the sources said.