The hold ‘will definitely impact our ability to continuously vaccinate people’.
By Reuters 2 Apr 2021  12:44 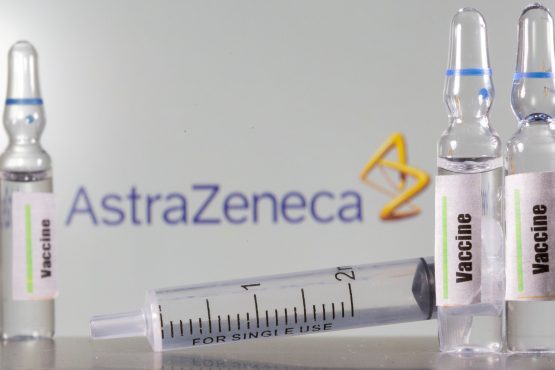 India’s temporary hold on major exports of AstraZeneca’s Covid-19 shot will undermine Africa’s vaccination plans, and could have a “catastrophic” impact if extended, the head of the continent’s disease control body said on Thursday.

India decided to delay big exports of the shots made in its territory by the Serum Institute of India (SII) to make sure it could meet local demand, two sources told Reuters last week.

The hold “will definitely impact our ability to continuously vaccinate people,” the director of the Africa Centers for Disease Control and Prevention, John Nkengasong, told a news conference in Addis Ababa.

The African Union had planned to vaccinate 30-35% of the continent’s population by the end of the year he said, adding that delays could cause the target to be missed.

Ghana has so far received 600,000 of the 2.4 million AstraZeneca shots it was due to get through COVAX by the end of May. It has been told that more shots will only arrive in June, Kwame Amponsa-Achiano, head of the vaccine roll out, told Reuters.

“To be so reliant on one manufacturer is a massive concern,” a UN health official involved in the rollout in Africa told Reuters.

The AU’s target primarily relies on supplies from the global COVAX vaccine-sharing facility, through which 64 poorer countries including many in Africa are supposed to get doses from the SII. COVAX aims to provide enough shots for African countries to inoculate at least 20% of their populations.

“If the delay continues, I hope it’s a delay and not a ban, that would be catastrophic for meeting our vaccinations schedule,” Nkengasong said.

African countries have reported 4.25 million coronavirus infections and 112,000 related deaths, though experts have said the actual numbers could be higher.

The AU has also been negotiating with manufacturers to help member states secure the additional doses they will need to achieve 60% coverage.

On Monday, Johnson & Johnson announced it would supply the AU with up to 400 million doses of its Covid-19 vaccine. Delivery of those doses is due to begin in the third quarter of this year and will continue through 2022.

Those doses are separate from the GAVI/WHO-backed global COVAX facility.

Nkengasong said on Thursday the AU has “pivoted” towards the J&J shot in part as a result of the delay in the delivery of AstraZeneca shots, and also because it is a single-dose shot.

The J&J doses will begin to arrive in June or July, which will ease any shortage caused by the delay in the AstraZeneca doses, Nkengasong said. The gap until the arrival of the J&J doses is a concern, he added.

My dear John. How do you tell the Indian people that they must die because the life saving vaccines will help someone in Africa who could not build their own factories to make the stuff???

Not getting a covid vaccine might be a blessing in disguise for the people.
I am yet to meet a quality doctor in the world that would recommend these Covid vaccines.
If you know one – provide his details.

Trust me …You wouldnt want the Indian virus,American virus or Brazilian virus to come to Africa it will finish off Africa.