India is seeking to strengthen its foothold in Africa as it plays catch-up on a continent where investment and trade has been dominated by China.
Prime Minister Narendra Modi is welcoming African leaders, including Nigeria’s Muhammadu Buhari and South Africa’s Jacob Zuma, to New Delhi this week for talks to strengthen economic and political ties. Also on the agenda at the India-Africa summit from Oct. 26 to 29 are public health issues, reform of the United Nations Security Council, terrorism and climate change.

While India has a centuries-long history of trade with Africa, that relationship got a significant boost after 2008 as India sought markets outside of the U.S. and Europe to sustain the growth of its economy. Total trade with sub-Saharan Africa has surged by almost two-thirds to $62.1 billion in the four years through 2014, according to data from the International Monetary Fund.

“The 2008 global financial crisis was the change agent,” Rajrishi Singhal, a senior fellow in geoeconomics at Mumbai- based Gateway House, said in a report. “It brought into sharp relief the perils of India’s excessive reliance on western developed economies, mainly North America and Europe, for trade and investment. This forced India to diversify its focus towards other economies in Asia, Latin America, and Africa.”

India is now the biggest buyer of Nigerian oil, having overtaken the U.S. in 2013, according to IMF data. After Nigeria, India’s biggest trading partners on the continent are South Africa, an exporter of gold and coal, and Angola, the region’s second-largest oil producer.

“Raw materials still make up the lion’s share of African exports to India,” Amadou Sy, a senior fellow at the Washington- based Brookings Institution, said in a report. “This imbalance does not necessarily align with Africa’s goals to diversify away from natural resource dependence, which is a common issue in Africa’s trade relationships with China, the U.S., and the European Union.”

India has approved about $9 billion in concessional credit for projects in African countries in the past decade, Sushma Swaraj, India’s minister for external affairs, said on Tuesday at the start of a meeting of foreign ministers in New Delhi.

China’s trade push in Africa this decade has been far more aggressive. Total trade between the world’s second-largest economy and sub-Saharan Africa has more than doubled to $184 billion from 2010 to 2014, according to the IMF. That’s about three times the value of India’s trade in the region.

Indian Finance Minister Arun Jaitley said investment must be boosted to catch up with China.

“We’ve been slow movers over the years,” he said at an India-Africa investment conference in New Delhi. “China had a few decades of advantage over us. An early mover advantage. They had three decades of fast growth and a model of export-led growth. We started late and in between in the last decade we also slowed down economically. India aspires to grow much faster.” 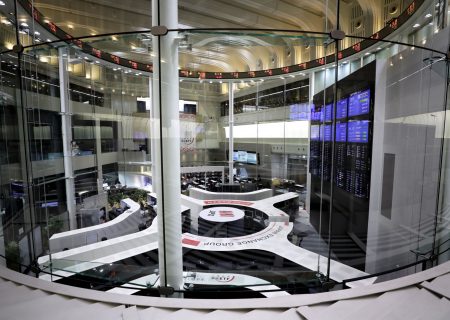