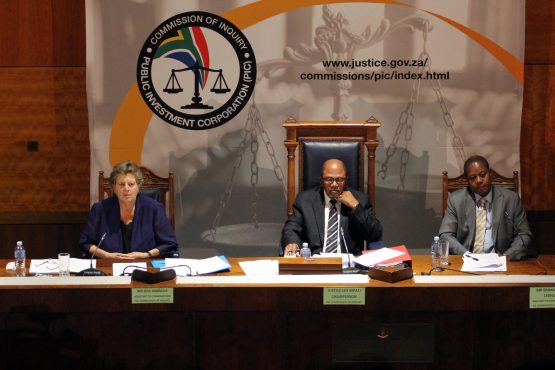 The investigation, led by retired Judge Lex Mpati, concluded there had been “substantial impropriety” at the state-owned Public Investment Corp., which manages R2.13 trillion ($130 billion) of state-employee pension funds.

It found that the board had acted as a “rubber stamp” for Matjila, who failed to disclose material information when making investment decisions.

The PIC oversees the pensions of more than 1 million South African state employees and the assets under its control equate to about 10% of the total market value of all the companies that trade on Johannesburg’s stock exchange.

“Matjila’s requests to provide financial assistance or make contributions to individuals, organisations and political parties reflects his abuse of office and the ability to exert undue influence over investee companies,” the commission said in its 995-page report. The commission also found that other senior managers used various means to “give effect to victimisation of staff.”

President Cyril Ramaphosa ordered the investigation in October 2018, one of a handful he’s instituted to probe alleged graft since taking office after Jacob Zuma’s scandal-marred nine-year rule. Ramaphosa said he would hand the Mpati Commission’s report to the National Prosecuting Authority for further investigation.

“The commission has also recommended far-reaching changes in the PIC’s operating model,” the presidency said in a statement. “The operating model, which developed organically over the years, is too centralized and no longer fit for a R2 trillion asset manager and not in keeping with international best practice.”

In his lengthy testimony before the commission in July, Matjila said he was pressured to make deals that didn’t fit with PIC’s strategies and he was removed from his job so that politically connected people could influence the fund’s investment decisions. Matjila also suggested to the commission that the law governing the PIC act should be changed to ensure independence.

While the PIC was long heralded for delivering market-beating returns, the presidency’s statement also said it’s “worrying that the inquiry shows that the PIC has not shown the urgency to salvage whatever money it can recover.”

The government guarantees state workers’ pensions, meaning that by extension taxpayers would be on the hook should the PIC make insufficient returns to cover required payouts.

Poor practices “have led to situations in which the PIC lost a lot of funds, which must be urgently recovered,” the presidency said. “Civil actions will be instituted in this regard.”