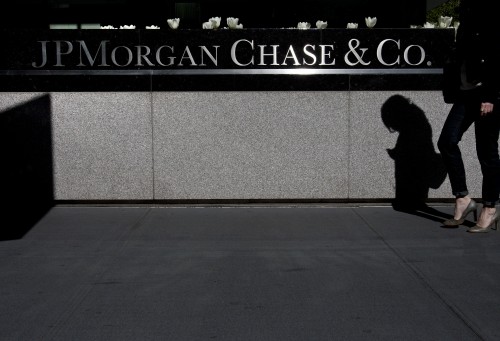 JPMorgan announced a management shuffle, placing it ahead of just about every major US rival in putting a slate of women in position to potentially take over as CEO. Picture: Supplied

JPMorgan Chase & Co. promoted 117 employees to managing director in its corporate and investment bank, a person briefed on the changes said.

Women represented a little more than a quarter of the total, which was a record percentage, according to the person, who asked not to be identified because the breakdown hasn’t been publicly announced. About a third of the employees who earned the distinction work as investment or corporate bankers, while 20% of the new managing directors were traders.

Wall Street banks have been under fire for a lack of diversity in their upper ranks. While many have pledged to promote more women and minorities, change has been slow. JPMorgan announced a management shuffle last week that placed it ahead of just about every major US rival in putting a slate of women in position to potentially take over as chief executive officer.

Earlier this month, US lawmakers questioned Dimon and other bank CEOs, pressing them on whether a woman or member of a minority group might someday succeed them.

“We expect these newest senior leaders to continue to help us drive innovation and disrupt the status quo as we build our business of tomorrow,” Co-President Daniel Pinto, CEO of the corporate and investment bank, said in a memo to staff Wednesday.

Regionally, 46% of those promoted are in North America, with 31% in Europe, the Middle East and Africa, 18% in Asia and 5% in Latin America, the person said. Sales employees made up 17% of the new class, while technology and operations workers represented 13%.