Kenya raises cost of gasoline to the highest in 10 years

After authorities decided not to tap a fund meant to keep prices stable.
By David Herbling, Bloomberg  15 Sep 2021  06:35 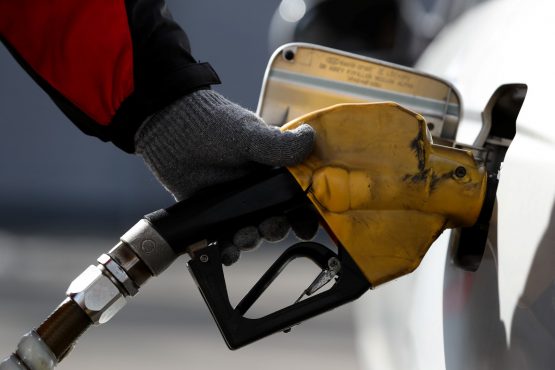 Kenya increased the cost of gasoline to the highest in a decade after authorities decided not to tap a fund meant to keep prices stable and as the local currency weakened.

The price of gasoline jumped 6% to 134.72 shillings ($1.23) per litre in the nation’s capital, Nairobi, the Energy and Petroleum Regulatory Authority announced in a statement on Tuesday. The new rates will be effective for a month starting September 15.

Costs climbed mainly because the authorities didn’t draw from a stabilisation fund as they did in the past couple of months to keep rates steady regardless of international-oil price fluctuations. They previously used the fund to compensate oil marketers for cutting their margins and quoting lower prices.

“The stabilisation process for the pump prices has not been effected this pricing cycle,” Daniel Kiptoo, the energy agency’s director-general said in a comment sent by his spokesperson. Kiptoo didn’t give further details. 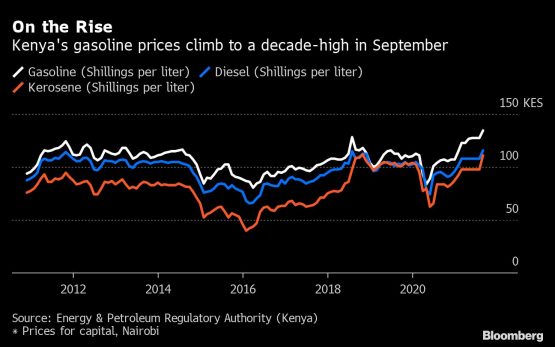 The cost at which the fuel landed in Kenya fell slightly, according to the energy agency. However, the Kenya shilling depreciated by 1.1% against the US dollar over the same period, it said. The unit was little-changed at 109.95 per dollar on Tuesday.

Fuel-price increases are among the top contributors to inflation in East Africa’s largest economy, and will come into focus when the monetary policy committee meets on September 28 to review the benchmark interest rate. The rate has been at 7% for over a year.