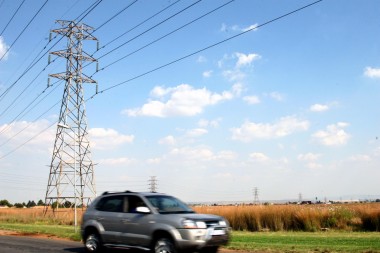 Charl Senekal Suiker Trust, which has 5,000 hectares (12,355 acres) of irrigated cane land and is a grower for Tongaat Hulett Ltd., is part of a group that plans to build a 16.5 megawatt biomass facility in KwaZulu-Natal, according to a presentation on the National Energy Regulator of South Africa’s website. Talks to settle claims by four communities bordering part of his farm will take place on Friday, Charl Senekal, the white owner, said by phone on Wednesday.

The government of Africa’s most industrialized economy is promoting agriculture and providing access to land as part of redistribution policies to compensate black South Africans for the seizure of property under white-minority rule that ended in 1994. At the same time, the country is turning to renewable energy as it struggles to meet power demand after failing to invest in generation even as the government expanded supply to millions of households.

“The whole project can collapse if they don’t accept our offer,” Senekal said, declining to give details because they are private. “We’ve made a very reasonable proposal to the government and we hope that this will be successful. I am sure it will be accepted. It’s a great project.”

Work on the plant in Mkuze is scheduled to start in August if all the communities agree to the offer, with the first electricity to be produced 22 months later, Senekal said. It may create about 400 jobs, and the project will be able to repay its debt in eight years, he said. All four of the community groups need to support the plan for it to go ahead, he said. South Africa has a 24.3 percent unemployment rate.

The development must continue regardless of the outcome of the claim, Dumisani Myeni, chairman of Silwane Trust, established to handle the claims, said by phone from Mkuze. Community groups will be open to leasing the land should the claim succeed. The groups include the Myeni, Ngwenya and Zulu tribes.

“Most of the community doesn’t have power,” Myeni said. “The project will help. Senekal will just need to be a bit flexible. We definitely want to work with him and any developers who come here. We won’t chase anyone away from the land, we just want partnerships. We will reach agreements and work with them.”

A claim against the land was dropped in November 2010 after studies commissioned by Senekal found the area had been occupied by whites since 1880, Johannesburg-based Beeld newspaper reported. The land claims office in Pietermaritzburg, KwaZulu- Natal, didn’t immediately respond to e-mailed requests for comment it said on March 10 will take two weeks to be processed.

South Africa has raised 140 billion rand from private investors for 3,900 megawatts of power as part of a renewable energy program, President Jacob Zuma said on Feb. 13.

Eskom Holdings SOC Ltd., the state-owned utility that provides about 95 percent of the country’s electricity, has instituted rolling power cuts since November as part of plans to prevent a total collapse of the grid serving the continent’s second-biggest economy. The cuts have curbed production and forced businesses to shut doors at peak times.

Eskom suspended four executives while the government starts an inquiry into the business, Chairman Zola Tsotsi said on Thursday. There’s a “very high probability” of blackouts Thursday evening, the utility said on its Twitter account.

Senekal’s trust will own 30 percent of the project, Building Energy Development Africa 3 SRL, a technical partner, a 51 percent stake, and local communities 2.5 percent, according to the presentation to regulators, dated February 2014. Cape Town-based H1 Capital (Pty) Ltd., a group of black investors, will hold the balance. The project will be 60 percent funded by debt and 40 percent equity.

“I dearly would like it to be one of my legacies,” said Senekal, whose farms produce about 360,000 metric tons of sugar a year. “It’s in the interests of the area, the province and the country that this power plant come off the ground.”