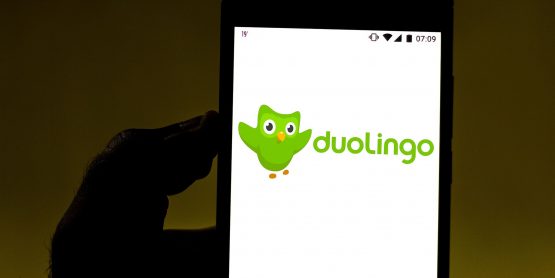 Duolingo shares closed Wednesday at $139.01, giving the education technology company a market value of about $5 billion. Accounting for employee stock options and restricted stock units, it has a fully diluted value of more than $6 billion.

The Pittsburgh-based company and some of its investors sold 5.1 million shares Tuesday for $102 each after marketing them for $95 to $100.

Duolingo was started by two engineers, Luis von Ahn and Severin Hacker, who met at Carnegie Mellon University, where von Ahn was a professor in the computer science department and Hacker was a student. Each will have about 15% of the shareholder voting power in the company after the IPO, according to the company’s filings with the US Securities and Exchange Commission.

Duolingo benefited from homebound students and life-long learners seeking to make use of shutdowns during the coronavirus pandemic. Still, the company’s revenue had already doubled in the four years before Covid hit, said von Ahn, who is chief executive officer. While the number of active users has dropped since lockdowns have eased, it still exceed pre-pandemic levels, he said.

The company is expanding into early literacy for children as well as math programs. It’s also open to acquisitions for new verticals and technology, von Ahn said.

“We would buy to save time, if there’s something we really want to work on,” he said.

The offering was led by Goldman Sachs Group Inc. and Allen & Co. The shares are trading on the Nasdaq Global Select Market under the symbol DUOL.

In my opinion this one looks worse than crypto gambling.

So a crazy amount of money for an app. to teach you a new language grammar?

Next will be $100Bn for a small snack bar or tiny coffee shop or ice cream shop?