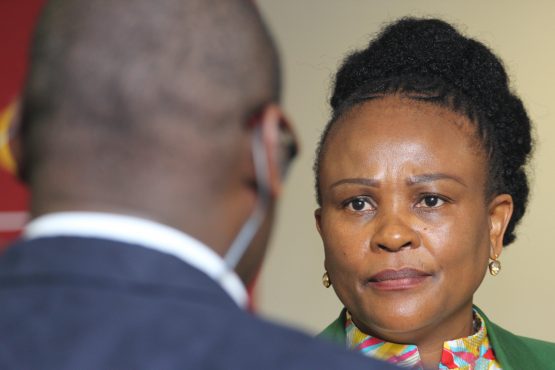 South Africa’s parliament initiated a process that could lead to the removal of controversial public protector Busisiwe Mkhwebane.

Parliamentary Speaker Thandi Modise on Friday said she approved a motion submitted by the main opposition Democratic Alliance to establish an inquiry into whether Mkhwebane should be removed on the grounds of misconduct, incapacity or incompetence. Political parties had been invited to submit nominees to serve on a panel that must conduct the inquiry and make preliminary findings within 30 days, she said in an e-mailed statement.

Appointed as Public Protector in 2016, Mkhwebane has been accused of taking sides in factional battles within the ruling party. The courts have overturned several of her rulings and rebuked her for failing to stick to her constitutional mandate. Her removal would be a major boost for President Cyril Ramaphosa, who she has probed in connection with allegedly illicit campaign contributions. He denies wrongdoing.

Mkhwebane, whose tenure is due to end in 2023, accuses her detractors of seeking to undermine her investigations and has said she will contest any bid to remove her. Firing her will require the backing of two-thirds of lawmakers.

Its taking forever to remove her

Don’t worry – the wheels of justice turn slowly, but grind exceedingly fine – and I think I see the beginnings of justice in the distance…