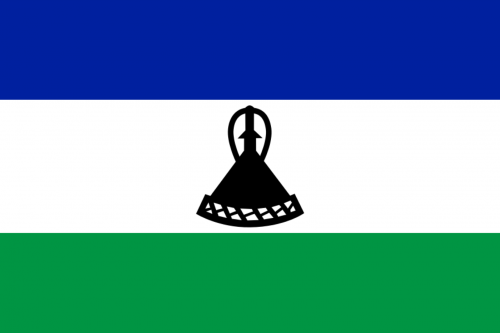 Image: Shutterstock
Lesotho’s government faces demands from protesters to step down immediately amid an investigation into the murder of the prime minister’s second wife and allegations that it gave Chinese businessmen control of the country’s key wool, mohair and meat industries.

Prime Minister Thomas Thabane has said twice he will resign without saying when, and police seek to question the 80-year-old over the 2017 slaying on Wednesday. His current wife, a suspect, is on the run since his phone was linked to the crime scene. Both his own party and the opposition have called on him to resign.

In a petition to be handed to the government, seen by Bloomberg, protesters demand that farmers be compensated for their wool and mohair after monopoly buyer Guohui Shi failed to pay them. They also want a monopoly on red meat imports handed to another Chinese businessman rescinded after a number of local businesses went bankrupt. The businessman acts as Thabane’s economic adviser for the Asian region.

“The government has dismally failed to discharge its mandate to observe the rule of law, good governance and grow the economy,” the protesters, who said they represent civil-society organisations and concerned citizens, said in the petition. Thabane “should resign with immediate effect,” the group said, adding that it wants parliament recalled and a new government formed.

Surrounded by South Africa, Lesotho is the world’s second-biggest producer of mohair, a fine wool from Angora goats used to make suits and fine furnishings. Its mainly rural population relies on the sale of wool and mohair for most of their earnings.

The country of about 3 million people has been riven by political instability and military coups since 1986. Opposition riots in 1998 prompted South Africa to deploy troops to restore order. In 2014, Thabane temporarily fled the country after accusing the military of overthrowing him. The head of the army was shot dead three years later, leading to the deployment of troops from neighbouring countries.

Together with Swaziland another example of a failed African state-pathetic losers!