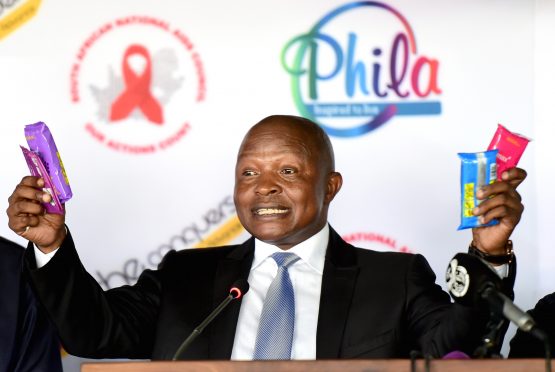 David Mabuza was linked to a succession of scandals while he served as premier of Mpumalanga. Picture: GCIS

David Mabuza looks set to be reappointed as deputy president after the ruling African National Congress said he would be appointed as a lawmaker, a blow to national leader Cyril Ramaphosa’s drive to clean up the image of his party.

Mabuza was second in priority behind Ramaphosa on the ANC’s list of candidate lawmakers ahead of May 8 elections, which the party won outright. While most lawmakers were sworn in last week, Mabuza asked for his appointment to the legislature to be postponed while he fended off accusations from the ANC’s integrity committee that he had bought the party into disrepute. That led to speculation that he would be replaced as deputy president, as to hold the post one must be a lawmaker.

Ramaphosa, who was inaugurated for a five-year term on May 25, is due to name his new cabinet later this week and is under pressure to rid the executive of individuals tainted by corruption allegations. Under the constitution, his deputy must be selected from the ranks of the 400 lawmakers in the National Assembly. The rand rallied on May 22 when the news broke that Mabuza may have been ineligible to take up the position.

Mabuza’s swearing in will take place in the capital, Pretoria, on Tuesday, Nonceba Mhlauli, a spokeswoman for the ANC’s parliamentary caucus, said in a text message.

A former schoolteacher, Mabuza, 58, was linked to a succession of scandals while he served as premier of the eastern Mpumalanga province, ranging from accusations that he helped to rig internal party votes and state tenders to having his opponents silenced and even assassinated. Mabuza denied the allegations and has never been charged, Still his reappointment could set back Ramaphosa’s efforts to repair the reputational damage to the party after his predecessor Jacob Zuma’s scandal-marred nine-year rule.

Ramaphosa initially favored former Higher Education Minister Naledi Pandor or former International Relations Minister Lindiwe Sisulu to be his deputy, but gave the post to Mabuza who won the deputy leadership of the ruling party in December 2017 and helped him secure the top post.

While appointments to the cabinet are the president’s prerogative, Ramaphosa will probably consult the ANC’s top leaders and its alliance members, the South African Congress of Trade Unions and the South African Communist Party, before appointing the new executive.

The ANC requested its integrity committee look into the suitability of all proposed lawmakers. While the body can make recommendations to the party, its decisions aren’t binding.

I guess SHORT SA Inc has then been the right decision. It is clear that the President has no prerogative and that the crooks are firmly in charge. Bulls fight oxen dont.

like i said Mafia State , Putin has taught
his african commie underlings well

Mabusa – what a joke – what a dangerous joke.

We can only hope Dlamini Zuma is appointed.