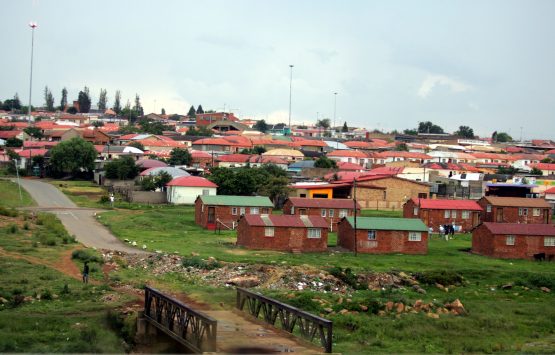 About 40% of Africa‘s one billion people already live in towns and cities and the World Bank predicts the urban population will double over the next 25 years, putting huge pressure on housing.

Most of the new homes being built target the middle and upper classes, and experts say a lack of financing makes it hard for lower earners to buy or build homes – forcing them into illegal slums or other informal housing.

“It could take up to two generations for people to build their home incrementally if they don’t have financing,” said Sandra Prieto, global director of operations and financial inclusion at home-building charity Habitat for Humanity.

Small loans with short repayment terms make it possible for people to complete the process more quickly, she told the Thomson Reuters Foundation on the sidelines of a housing conference in the Ugandan capital Kampala this week.

The forum brought together housing and micro-finance players to discuss how small loans can be used to increase access to affordable housing in sub-Saharan Africa.

The Kenya Women Finance Trust (KWFT) is already providing loans of as little as 5 000 Kenyan shillings ($50) to help women who would not otherwise be able to access loans to build homes.

Many commercial lenders are reluctant to provide finance without collateral – which most poorer borrowers cannot provide.

Managing Director Mwangi Githaiga said many of its more than 45 000 beneficiaries do not have the titles to the land they are building on, which would traditionally be used as collateral.

Instead, recipients of micro-finance guarantee each others’ loans – any one wanting to borrow money must secure at least three guarantors.

“You need an institution that understands that dynamic and is willing to invest in that kind of situation and look at other ways of creating collateral,” said Githaiga.

Six out of ten urban households in Kenya are in slums and the country needs to build 2 million affordable city homes to meet demand, according to the Knight Frank property agency.

“Access to financing is important (but) access to land is crucial,” said Kevin Chetty, director market development and housing finance at Habitat for Humanity.

“Without land you don’t have a house. This is always a challenge in the urban context.”