Mine where the biggest-ever diamond was found delivers again 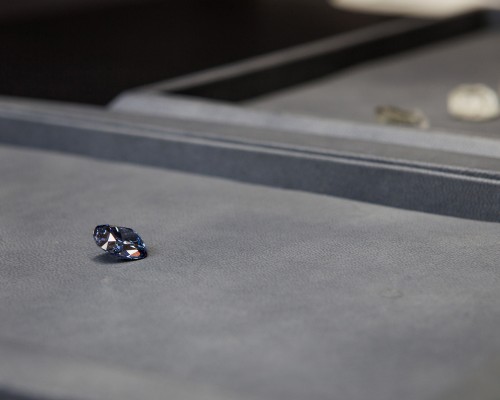 Petra found a 100-carat white diamond and a 6.1-carat blue diamond earlier this year, but those failed to address its share slide. Picture: Suzette Gomes, Bloomberg

Beleaguered diamond miner Petra Diamonds found a huge stone at its Cullinan mine in South Africa, where the biggest-ever diamond was found more than a century ago.

Petra said Friday it recovered a 425-carat white color Type II stone. It’s a welcome find for the company which has been weighed down by too much debt and growing concerns that it wasn’t finding enough expensive stones. Just a handful of big finds can change the economics of some gem mines. 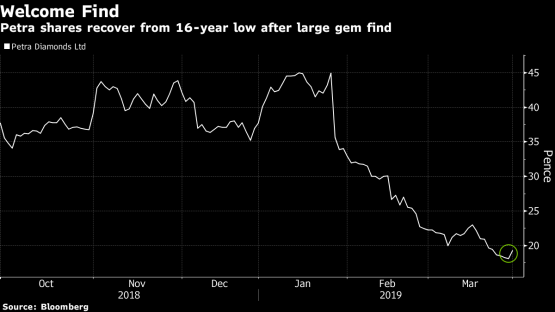 The company’s iconic Cullinan mine, once called the Premier Mine, has been operating since 1902 after a brickwork owner discovered diamonds on a farmer’s land outside of Johannesburg. Just three years later, the 3 106-carat Cullinan diamond was dug from the new mine. It was cut into several polished gems, the two largest of which — the Great Star of Africa and the Lesser Star of Africa — are set in the Crown Jewels of Britain.

Today’s discovery sent the shares up as much as 7.7%, rebounding from a 16-year low. In the second half of last year, prices achieved at Cullinan slumped 31% from a year earlier to just $96 a carat, casting doubt on its ability to find big stones despite racking up millions in debt upgrading the mine.

Petra has also been caught up in a wider industry downturn. Equities have tumbled amid a slump in prices for cheaper stones, hit hard by too much supply and feeble demand. The market has also been weighed down by a weak currency in India, where nearly all the world’s diamonds are either traded or manufactured into jewelry.

Petra found a 100-carat white diamond and a 6.1-carat blue diamond earlier this year, but those failed to address its share slide. The 425-carat diamond is probably the sixth-biggest stone ever found at the mine and among the 15 largest found this century.

While the stone will need to be analyzed to figure the size of the polished stones it can yield — and therefore how much it’s worth — there have been some early estimates. BMO Capital Markets said it could be worth more than $15 million, while RBC Capital Markets a value of $25 million to $35 million could be reasonable.